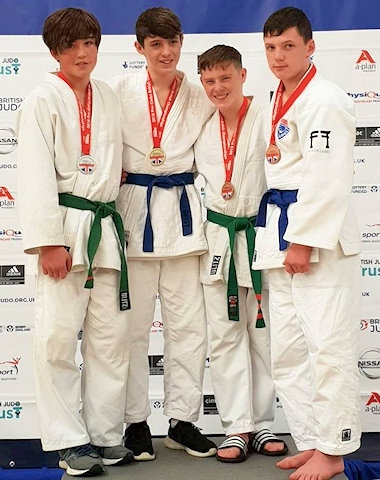 Two members of Rochdale Judo Club won a bronze and silver medal at the British Championships in  Sheffield on Saturday and Sunday (1 and 2 December).

Jake Brearley moved up a weight and won bronze, whilst Isobel Kitchen won silver at the Championships, which took place at the English Institute of Sport (EIS).

“Well done RJC and all involved in making things happen.”