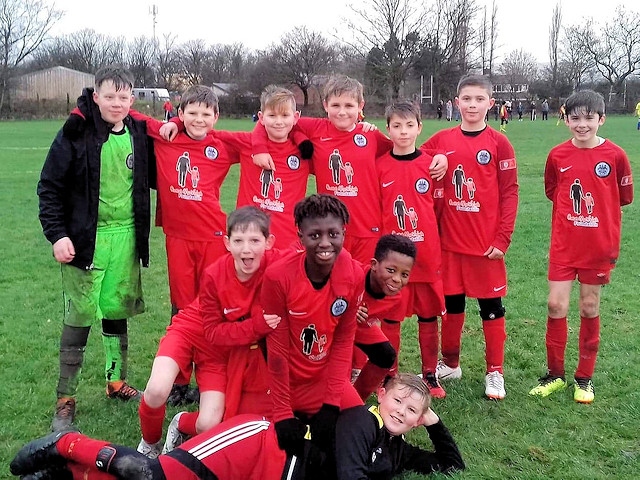 Wardle Football Club will use the funds to increase the size of its junior pitch at Rutherford Park to a full-sized playing area, allowing them to host more games for both its adult and junior sides.

The cash has been stumped up  by Prospect GB and Persimmon Homes, under section 106 obligations relating to developments at Tarnside Close and Birch Hill Hospital, respectively.

It was initially allocated for improvements at Rutherford Park in 2015, but the process became drawn out due to what the council has described as ‘a number of issues’ including the re-routing of a footpath.

At one point the park was also being considered as a potential site for a new secondary school.

But Rochdale Council’s cabinet has now approved the funding after leader Councillor Allen Brett told a meeting ‘it strikes me as the sort of thing we should be using section 106 money for’.

Wardle FC chairman Rik Fielding told the Local Democracy Reporting Service he was delighted to get the plan over the line.

“This is a dream come true –  it’s all about the next generation,” he said.

“You hear the FA and the Premiership talking about where we are going to find the next generation of footballers, but if you don’t put money into the grass roots it stops dead.”

Mr Fielding added that the grass would take nearly 12 months ‘to knit and become strong enough for football’, but he hoped it would be ready for the start of the 2020/21 season.

In the meantime the club, which has two open-age sides and nine junior teams, will still have the use of its one full-size pitch.

But Mr Fielding said club officials would have the ‘happiness’ of cutting and preparing the pitch ahead of it being ready for use for the season after next.

“We will be like kids, the amount of times the ball will go on the field and we will say ‘get off that grass’,” he said.

He also paid tribute to ward councillor Ashley Dearnley and Pennines Township officer Tracey Knight for getting the project over the line.

Councillor Dearnley said: “It’s great news, after working together on this project for a number of years this is the sort of facility that’s required.

“It’s good for all the young people in the area. Wardle Football Club have worked so hard and have such excellent teams and are bringing more and more people through.

“It’s what’s needed, so you don’t get people going around on the streets vandalising things, saying they haven’t got anything to do. It’s great for the community as a whole. I’m very pleased the committee has supported this.”