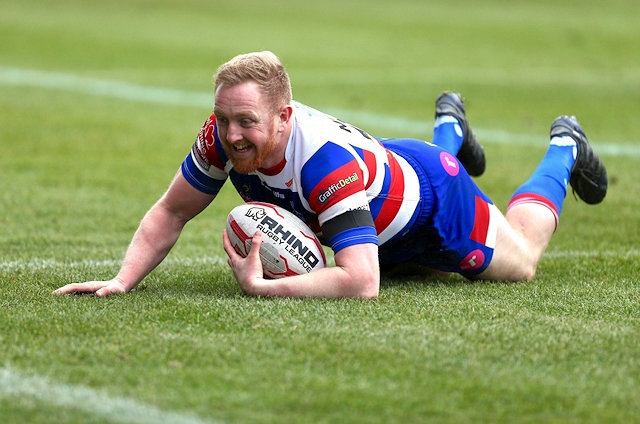 Rochdale Hornets have announced that Lee Mitchell has been named club captain ahead of the 2019 season.

Mitch, who made his Hornets debut in 2017, has landed the role on a full-time basis having picked it up from the departed Luke Adamson partway through the 2018 season.

He will also be assisted by Ben Moores who has been appointed vice-captain. The clubs longest serving player has recently signed a two-year contract extension and has been at the club since late 2015.

Carl Forster, Head Coach at Hornets said: “Mitch was absolutely the right choice for the captaincy. He took up the role part way through the 2018 season and is a natural leader. He’s a good talker and conducts himself well on and off the field. He is respected by his peers and staff and has great experience within the game.

Despite coming up to his fifth year in Hornets colours, Ben Moores is still one of the younger members of the squad. At 24, he has been in and around the senior leadership group that Alan Kilshaw previously had in place and this year he will take the step up to vice-captain.

Forster continued: “What you see is what you get with Ben. He is tough, aggressive and a real competitor. He’s a leader and isn’t afraid to challenge when he sees fit.

“He is an old head on young shoulders with a great knowledge of the game and he will excel as a vice-captain.”