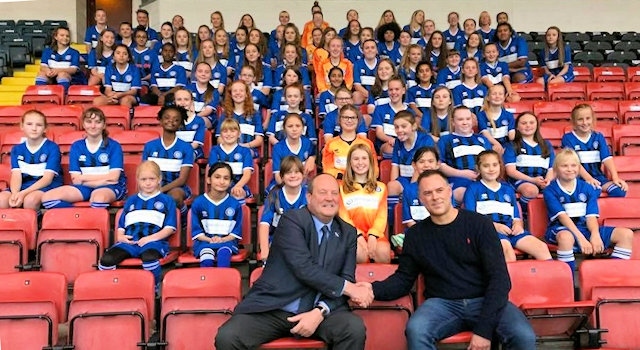 Rochdale AFC Ladies came from behind to draw 3-3 with Urmston Meadowside on Sunday.

Despite Erin Kilpatrick’s first-half goal, Rochdale were trailing 3-1 at the half-time interval, before mounting a second-half comeback.

Two clinically taken goals by Olivia Storto after the break secured a hard-fought point against a side they have won one and lost one against previously this season.

The draw sees Rochdale move up to third in the Greater Manchester Women’s Football League Division One.

Manager Mark Pilling was pleased with his side’s second-half performance, he said: “I can only draw positives from the second-half display, coming back from 3-1 down.

“It was a good solid performance with some well-taken goals, so hopefully we can take that into coming games.”

Rochdale’s next game is at home to Bolton Lads & Girls Club next Sunday 27 January, 2.00pm KO.