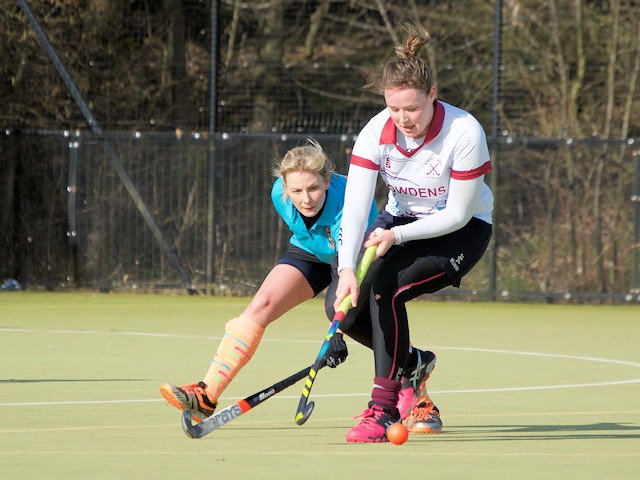 Rochdale took on Didsbury Grey 3rds at the Armitage Centre in Manchester on Sunday 20 January 2019.

With Gill Owen, Becki Moon and Nicky Monghan being unavailable the defensive line up was looking worrying. However; Rochdale were in luck as they welcomed back oldie but goldie Kate Brammer as well as Kie Leech and they were joined by Dionne Collinson and Hannah Palmer.

Roisin Pickering worked well down the right wing, working with middle players Paula McDonald and Gemma Hodcroft, using short sharp passes to break the oppositions defence. Becky Knowles dominated upfront, taking the ball around the defence numerous times and passing square with hopes a Rochdale stick would connect and send it home. After many attempts this approach paid off after Rochdale were awarded a short corner. Knowles received the pass from McDonald before having a shot at the top of the D to score a brilliant goal which set the tone for the rest of the game.

Rochdale applied pressure from Katie Burrell upfront to Brammer in defence which allowed Didsbury very little time on the ball. Didsbury tried and failed to penetrate the D to have a successful shot on goal. The defence communicated effectively in order to deter the opposing attacks.

The second and last goal of the game was scored by Pickering after she skilfully tackled a Didsbury player and took the ball down the right wing. As her feet stepped into the D, Pickering sent the ball into the back of the net before Didsbury could react. Another goal scored from the top of the D which shows the ladies growth in confidence thanks to coach Banks’ insightful training sessions.

With the first three games of the New Year won it’s proving a successful year to date.

Captain Becky Knowles said after the game: “I’m glad the team have kept the fighting spirit despite the January blues, showing some good team work and hockey played”.

Player of the mach was Roisin Pickering.