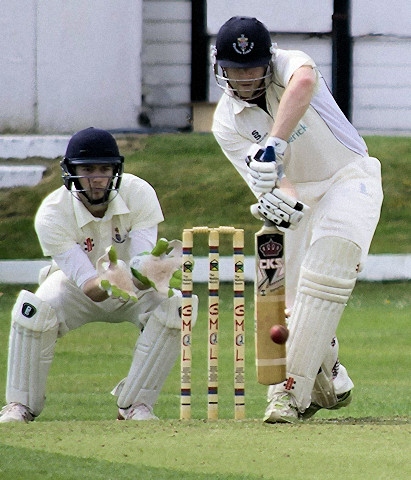 Thornham Cricket Club’s Andrew 'Mickers' Micklethwaite has replaced William Doyle as chairman of the club, who has stepped down from the committee due to work commitments, marking the beginning of a new era for Thornham.

Outlining his aims and goals, Mr Micklethwaite said: “Aim number one will always be the same, and I don’t think it will ever change for me whether I am chairman or not – and that is to ensure that cricket continues to be played at Thornham.

“After 150 years, I think every one of us has a responsibility to uphold the legacy of all the members, players and volunteers who have kept the cricket club alive for that time, and who continue to do so. My father was one of those members, despite never playing cricket here.

“This club is very important not only to me, but also my family, and I think you only have to look at what’s been achieved in the last five years or so to see that.”

He continued: “I also want to oversee what is going to be a huge step change in how the club is run and used, as we now have facilities that are in far greater demand from the local community. It’s great that we have these fabulous facilities and we want them to be used, but it’s all a balancing act, remembering that we are run by volunteers and have to stay true to our core as a local cricket club.”

Regarding on the field matters, Mr Micklethwaite commented: “In the week since my appointment, I have spoken directly to four new players about playing for us in 2019, as well as discussing others indirectly. I have even already held discussions with some people about 2020.

“Last year’s playing performances was a mixed bag really. The First XI struggled, which we expected after promotion to a higher standard. There were some truly memorable wins though, Glossop and Dukinfield away being two of those. The 2nd and 3rd XI though were magnificent – fighting for the top spots throughout the year. The 2nd XI managed to gain promotion which was a fantastic achievement, and the 3rd XI were in contention for the title nearly all season.

“I believe each of our three teams will have a real chance at winning their respective cup competitions and would love them all to give that a real good go. The best way for each of our teams to perform well is for every individual to work hard at their own game. That’s the sort of commitment I’m expecting on the field, to match the commitment put in by volunteers off the field.

“I’m also delighted that each of our captains have stayed in their positions from last year. That’s the sort of continuity and stability that I think is important to the club.”

He added: “I went to Australia last year and at each cricket club I visited, I was struck by the togetherness of everybody – regardless of which team they play.

“That’s a club ethos that I want to rebuild at Thornham. I want to make sure Thornham continues to be a place where various members of the community can come, play cricket, even not play cricket, and just enjoy themselves.

“I’ve made so many friends through the cricket club; I want more people to enjoy that feeling of being a part of something.”