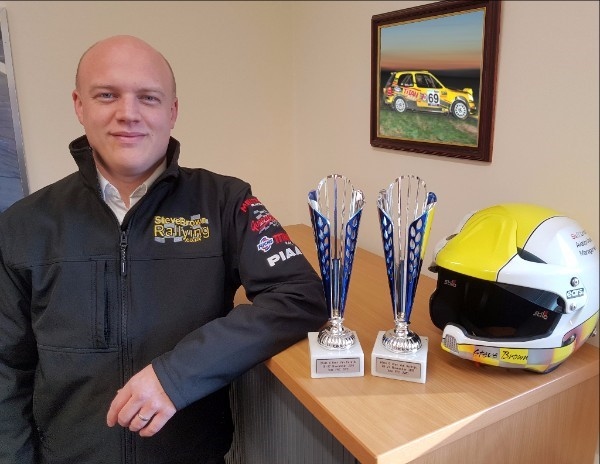 Nissan Micra Kit-Car driver Steve Brown will swap the stages for the circuits in 2019, as he embarks on a season in the Toyo Tyres British Rallycross Championship behind the wheel of a Bellerby RX Racing Team BMW Mini.

Brown, 31, from Rochdale, has been a regular contender in the Flanders International Rally Championship, campaigning his instantly recognisable Micra in Belgium over the past few years. However, a sporadic rally season whilst the Nissan was developed in 2017, saw him secure a one-off drive in the Bellerby Team for the BTRDA Clubmans Championship at Croft.

His appetite was duly whetted after taking the ‘C final’ win in the Mini, but it would be almost a year before he had the opportunity again, once again piloting the BMW Mini at Blyton Park Race Circuit in October 2018.

Now, thanks to the support of Tom Watson at 710 Oils and the Bellerby RX outfit, Brown will enjoy a full assault on the eight-round British Rallycross Championship which will take in four circuits from Silverstone to Croft during the course of the year.

The Questmead Sales Engineer will launch into one of the biggest challenges of his motorsport career as he competes in a two-car team alongside regular RX protagonist Drew Bellerby. Although apprehensive for the season ahead, Brown is citing this season as one of the biggest in his career so far.

Brown said: “This really is an amazing opportunity and one I really couldn’t pass up.

“My outing in 2017 was really supposed to be a one-off but we managed to broker a deal to return last year as well and it just mothballed from there. It was amazing fun and thanks to Fuchs Lubricants and 710 Oils I can really get stuck into a full season. It’s a huge step up from the BTRDA series that was part of my last drive, but sometimes in at the deep end is the best way to learn.”

Brown has enjoyed success both at home and abroad as part of his rallying campaigns over the years. From a near standard Junior F1000 Nissan, he took his first title in 2008, moving into the forests in 2010 which netted him the BTRDA Junior title.

In 2015, he mounted a full assault on the MSA Asphalt Championship, but this time in a brand-new Nissan Micra Kit Car, which has now been developed into the machine he uses today.

Despite finishing his 2019 FIRC campaign on a high, winning the M2B class, Brown is excited at the prospect of a shift in category this season.

He said: “I am a rally man at heart, but I really loved my Rallycross chances and the atmosphere was pretty special. Of course, it’s a totally different aspect of motor sport and I will have a lot to learn out there. This is the big league so I`ll certainly be managing my expectations this season.

“I'll have to learn everything all over again, how to deal with other cars on the track as well as managing the car as it shifts from gravel to asphalt, but it’s one of the most progressive motorsports out there at the moment so it's great to be part of.”

The Bellerby RX Mini is currently in-build but will be ready for the opening round of the season at Silverstone on 24th March.