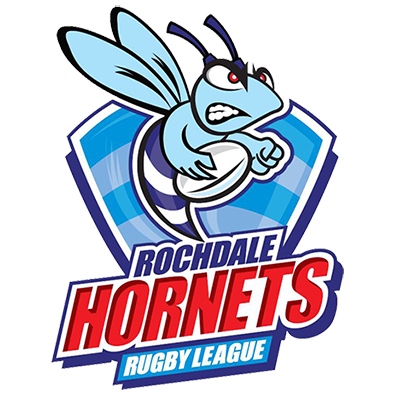 Rochdale Hornets will kick off their Betfred Championship campaign at 3.00pm, at the Crown Oil Arena today, Sunday 10 February, when they play host to Toronto Wolfpack.

The Wolfpack got their campaign underway at York City Knights last week, with only the Hornets vs Dewsbury Rams fixture falling foul of the weather.

The ‘Pack ran out eventual 0-14 winners, but it was the York sides performance that shocked most. They were tenacious, tough and ruthless in defence and a star-studded Wolfpack side were made to work hard for it under the watchful eye of new coach, and four-time Super League Grand Final winner, Brian McDermott.

Hornets and the Wolfpack have only met twice before, both coming in 2018. In round seven, Hornets put the pack to work and were seconds away from securing a win before a dubious Ryan Brierley penalty sealed the win for the visitors.

All of the Hornets try-scorers that day have moved on in Earl Hurst, Gary Middlehurst and Rob Massam but it was Declan Kay who impressed on the night in a real coming of age performance.

The return fixture ended in a much more expectant score line with the Wolfpack rampant on home soil. Despite Deon Cross and Tyler Whittaker crossing for Hornets, the Canadians demolished all in front of them with a barnstorming 52-10 win.

Josh McCrone: The Wolfpack captain pulls all the strings in the halves and looks to be striking a solid partnership with stand-off, Joe Mellor. McCrone joined the ‘Pack from St. George Illawarra Dragons having racked up more than 150 NRL appearances.

Matty Russell: The former Warrington Wolves winger has been in fine form since joining the Wolfpack part-way through the 2018 season. He offers a lot of size and power on the flank and is dangerous all over the field – especially close to the line and his with his blockbusting kick returns. He was on the score sheet at Bootham Crescent last week.

Jon Wilkin: After a 16 year stay at StHelens, Jon Wilkin announced his move to Toronto Wolfpack having won everything there is to win in the famous red vee including a glittering quadruple in 2006/2007. Altogether, Wilkin won two Super League titles, a World Club Challenge, four Challenge Cups and six league leaders shields. He will provide the Wolfpack with experience in abundance as he enters the twilight of an outstanding career.

Much has been made of the unorthodox coaching set-up at the Crown Oil Arena this year with player-coach Carl Forster joining from Whitehaven in the off-season. Having enjoyed two seasons as player-coach at Whitehaven, the St Helens native took a move closer to home. Forster played for Hornets in 2013 and is no stranger to the club. While in the infancy of his coaching career, he will go nose to nose with a Super League behemoth in Brian McDermott on Sunday.

McDermott will be in the Toronto dugout having joined the North American’s ahead of the 2019 season following his dismissal from Leeds Rhinos last season. He is the most successful Super League coach in history and like his latest acquisition, Jon Wilkin, has won everything there is to win while at Headingly. He has been tasked with getting the Wolfpack to the promised land.