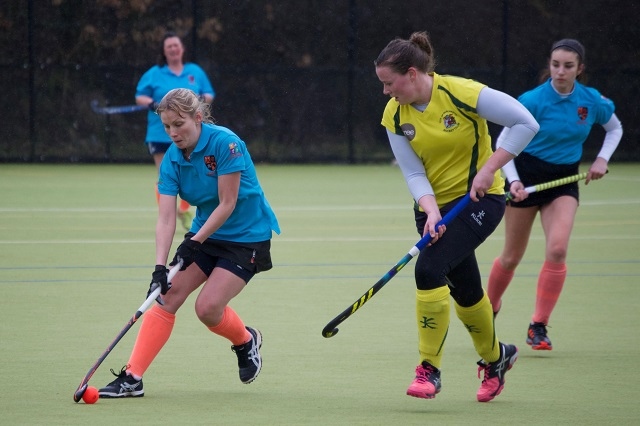 Rochdale’s final game of the season saw them take on Manchester Moss Park away from home.

Rochdale knew it was going to be a tough game when several players from Moss Park's first team were named on the team sheet, with Gemma Hodcroft booking a last-minute holiday the job of bossing the midfield was down to Paula McDonald and Kieran Leech.

The starting whistle blew, and Moss Park were straight on the attack with some very good triangle passing. Rochdale were struggling to find their feet, and within the first ten minutes, Rochdale saw their central defender Gill Knowles limp off, this was a huge blow for Rochdale and striker Becky Knowles had to take her place.

Rochdale had a few good attacks with Becca Newton and Katie Burrell leading the way, they did get a big chance when they were awarded a penalty flick after a Moss Park defender kept the ball out of the net with her foot. Katie Burrell stepped up but unfortunately the keeper saved her effort.

After many attacks, Moss Park took the lead with excellent intricate passing. This seemed to give Moss Park more and more confidence and at half time they were leading 2-0 even though the defence of Hannah Palmer, Becki Moon, Nikki Monghan and Dionne Collinson were working tirelessly.

With the team re-structured at half time and a stern team talk Rochdale came out fighting, they worked the ball well and Rosin Pickering made some jinking runs on the wing. Jenny Banks and Dionne Collinson tried their best to convert their chances, but it was just not going Rochdale’s way.

Rochdale managed to battle and found themselves being awarded several short corners, but it just wasn’t working for them.

Moss Park went on to score another goal to make the final score 3-0.

Captain Becky Knowles said: “Even though we didn’t win today I am very proud of the team this season, we have battled hard in most games and I feel we have grown as a team.

“We have some excellent junior players breaking into the team and that is only going to make us stronger.

“Next season we will re-group and I have no doubt we will battle for that top spot again. “I’d like to thank all of the players for their commitment this season and I’d also like to thank players such as, Kie Leech and Kate Brammer for stepping up when we were short of players.”

Player of the match: Roisin Pickering