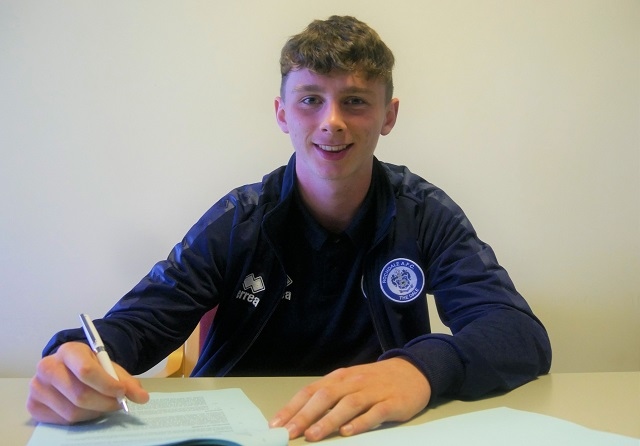 Rochdale AFC’s Daniel Adshead has been named the League One LFE Apprentice of the Year.

The award recognises outstanding young professionals, who excel both on-and-off the pitch, and following a season of achievements for the 17-year-old, he has been chosen as winner of this year’s accolade.

Adshead, a Rochdale AFC Academy graduate, has been at the club since he was eight-years-old. He made his first team debut in September 2017 when he was just 16. Since then, he has gone on to make 24 appearances, including 15 this season.

He captained the side in Rochdale AFC’s Checkatrade Trophy tie against Leicester City Under-21s back in November, before scoring his first senior goal for the club a month later in the same competition, when Rochdale beat local rivals Oldham Athletic.

Adshead has also made his England debut this season; after being called up to the Under-18 squad for a tournament in Spain he marked his Young Lions’ debut with a memorable goal.

Adshead will receive his award at the EFL annual awards evening which is due to take place in London next month.