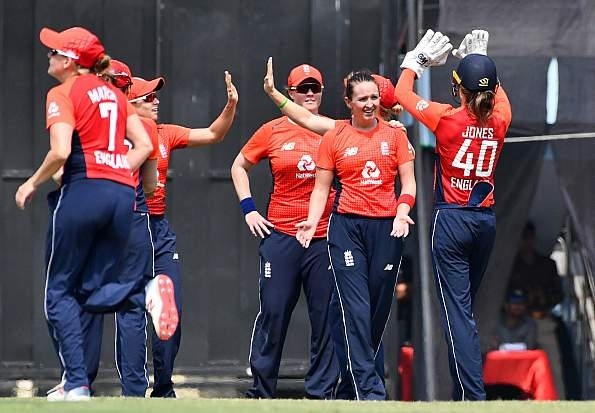 The team sealed victory on Tuesday (26 March) after thrashing Sri Lanka by eight wickets, going on to win their third and final match today, Thursday 28 March.

England won by 96 runs, including 20 made by Kate Cross, from Heywood, who took two wickets, with Sri Lanka making 108 for 6.

Making 204 runs for 2, England scored their second highest T20 total, only behind their 250-3 score made against South Africa last year.

Speaking to England Cricket, Knight said: “I’m delighted with how the girls finished today; 10 wins on the bounce is brilliant. [I’m a] very happy captain at the moment.”

Cross, 27, began playing cricket at the age of eight, rising to international level after being the first female to be accepted into the Lancashire County Cricket Club academy.

In 2015, she became the first woman to play in the Central Lancashire League in its 123-year history.

Knight, 28, began playing cricket in boys’ and men’s teams when she was also eight after moving to Plymouth.