You are Here: Home » News » Sport News » Rugby Union: Littleborough round up

Rugby Union: Littleborough round up 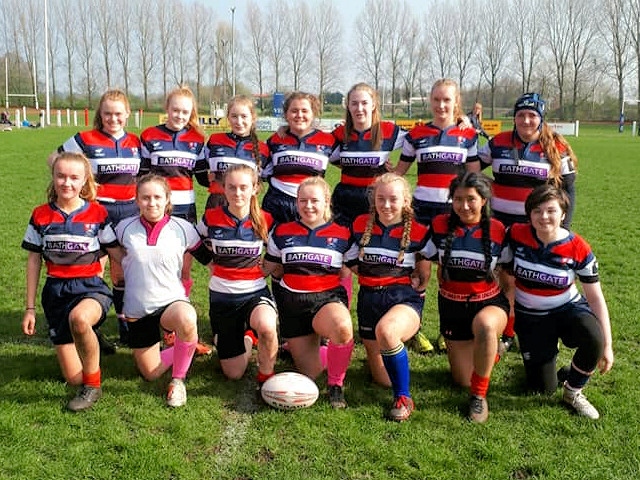 Littleborough under 15's travelled to Congleton for a friendly at very short notice, after their would-be semi-final opponents conceded the game due to lack of numbers.

Today’s match was played in true spirit of the game, after 15 minutes it was decided that the teams needed to be mixed up, so six Littleborough players swapped over to Congleton.

The outcome of this, was both teams had a good time and enjoyed their rugby. Some of the Littleborough boys also had a hand in unlocking the Boro defence to assist Congleton on posting a decent points tally of their own.

Further west four of Littleborough's Under 18s Ladies joined up with Liverpool St Helens and Burnley Under 18s to play against a strong Ellesmere Port side that beat them earlier this season over 70 points to nil.

Despite the lack of game time together it was a strong showing, losing by only two tries with Chloe Boardman, Maisie Webb, Holly Rothwell and Grace Shepherd putting in a tough and pleasing shift ahead of Littleborough's Pink Warriors festival in a few weeks’ time.

One missing Sunday's game was talismanic Erin Stott. The 16-year-old starred on her open age debut for Huddersfield Giants rugby league with a try and an impressive defensive performance. Starting alongside 10 other debutants including two former Great Britain internationals, Stott helped her side to a 16 - 8 victory at Widnes Vikings Ladies.

The final part of our weekly coverage sees us return to more familiar surroundings. Rakewood played host to the Lancashire semi-final between Littleborough Colts and Stoke-on-Trent based Trentham.

Despite holding a lead for the majority of the first half, a penalty try at the end of the half for the visitors gave them a narrow lead. It would not be one they would surrender as a couple of breakaway tries saw them reach the final.

Littleborough's Colts never gave up and stayed in touching distance of their guests but could not produce enough to claw back level. It was a valiant performance that demonstrated the quality and potential of this young side.