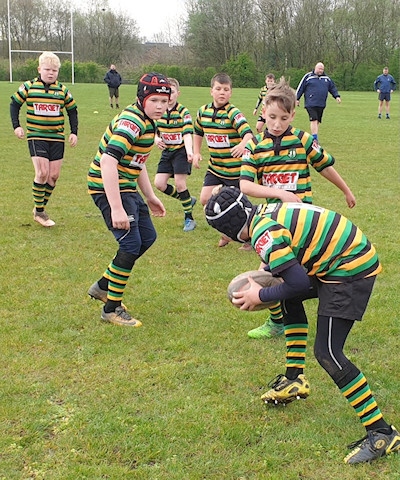 Tries from seven different players saw Littleborough Under 11s to a comprehensive 8-1 victory against Tyldesley.

Scores from Charlie Slade (2), Timon Warburton, Harrison Dickinson, Daniel Taylor, Callum Sharrocks, Josh Leach and Max Rawlinson made Sunday afternoon a perfect one in the penultimate weekend of the season.

Pleasant sunny weather accompanied pitches that were in great shape, and with the Under 11 supporters all behind them, this young team are fearsome.

They were up against what you would normally call a formidable side in Tyldesley, however, Boro were clearing rucks, passing, defending, tackling and scoring. But what was most impressive was seeing them playing together as a team.

Impressing their coach Sam Dickinson through slick ball handling, strong tackling and excellent lines of defence, they scored some brilliant tries throughout the morning. The first one being scored by Charlie Slade.

Beautifully he used the open space and pulled the oppositions defence apart. This was then very quickly followed up by ending the opening 20 minutes with an excellent try, from Boro's very own powerhouse, Timon Warburton. He intercepted a pass in mid-air, and charged through to their try line.

The second half was opened up with a superb try by Harrison Dickinson following some super clearing out of the rucks which enabled him to gain the ball. The opposition was left in a complete spin when he left them metres behind him. 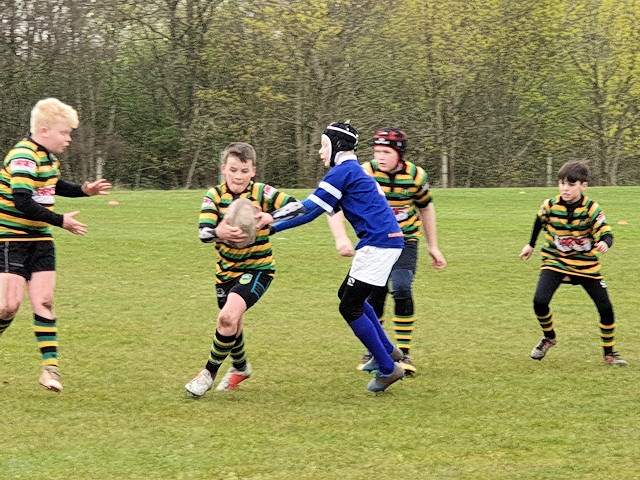 Littleborough quickly learnt that instead of honey potting around the ball, they needed to fill space on the line of defence, this then triggered opportunities for tries to be executed by Daniel Taylor with his quick thinking and footwork to match, and again for Charlie Slade, powering his way through for his second try of the game.

Using their strong running with ball in hand and great support play, the visitors made it possible for Callum Sharrocks to run up the wing, dodging all those coming at him and score another fine try for the team.

Entering into the final five minutes of the game 6-1 up, there was still time for some magic to happen. Their confidence was at top notch and after a fantastic pass to Josh Leach from Timon, the former used quick footwork he possesses, and tight grip of the footy, charged his way through to the try line.

Just when everyone thought the game was over, Max Rawlinson’s ripped through the Tyldesley defence to score Boro's 8th of the morning and cap off the final normal match of the season.