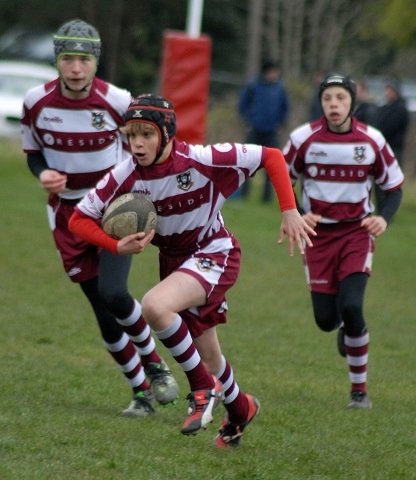 After last week’s narrow defeat to Liverpool Collegiate, the eventual winners, in the semi-final of the Lancashire plate, Rochdale got back on the horse against Bury.

The conditions were ideal for open running rugby and both teams did their best to oblige the watching masses.

Rochdale were given an early reminder of Bury’s strengths when the right wingerblistered past a couple of defenders before being brought to ground.

Once Rochdale got hold of the ball, their passing and running lines were to be admired and, after a sweeping backs move, the ball was quickly recycled for Matty Dearden to hit James O’Connell on the cut back who ran through untouched for the opening score. Mitch Holt added the extras and Rochdale took the lead 7-0. 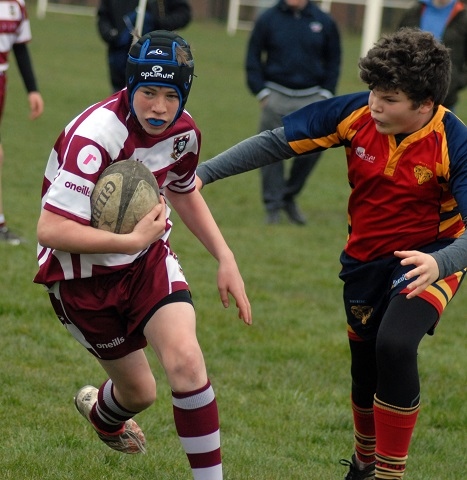 Bury were keen to put width on the ball at every available opportunity; sometimes this works and they create space for the quick wingers and sometimes the defence can force errors and turnovers.

On this occasion the risk paid off and the right winger beat numerous Rochdale would-be-tacklers with a combination of footwork and speed, sprinting down the wing and under the post to tie the scores 7-7.

However, Rochdale had learnt a lesson and began to exert pressure with strong running and quick recycled ball.

James Tasker scored next after the ball was moved right after fielding a 22 metre drop out. The ball came back to the left through five or six pairs of hands before Tasker straightened and accelerated to the line and under the posts to guarantee the conversion and taking the score to 14-7 in Rochdale’s favour. 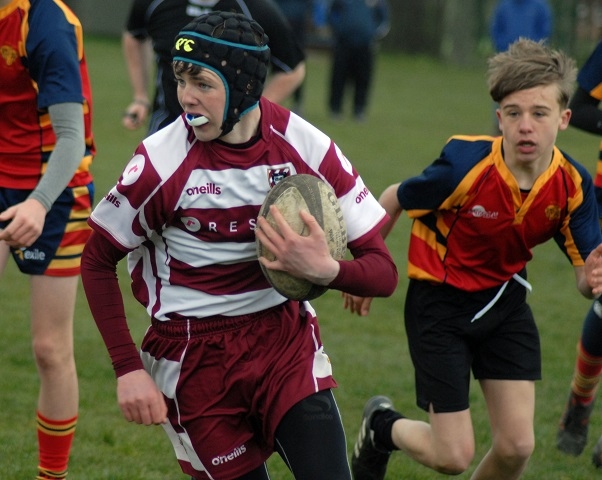 Rochdale were monopolising possession now and, after turning the ball over at a lineout in their own 22, Tasker again made a break which took play to the opposition 22.

The breakdown resulted in a penalty to Rochdale and Holt was on hand to take the quick tap and score unopposed.

The next score showcased Rochdale’s speed of play; Holt made the break, Ben Sunderland was on hand to continue the move for the umpteenth time and, after quickly recycled ball, fast hands put Will Simmons through a gap and clear to the line. The half-finished with Rochdale 28-7 to the good.

The second half was a more even affair with Bury beginning to exert pressure in the scrums and putting the Rochdale attack on the back foot. This, coupled with some sloppy kicking, provided several counter attacking opportunities for Bury.

From one such kick the dangerous Bury right winger gathered the ball and again punished Rochdale with a blistering finish, leaving would-be-tacklers in his wake.

Rochdale regrouped and scored next after Tasker, breaking from his own 22, fed Garrett Myers who crossed half way. The subsequent kick looked like the wrong option with four men outside, but a good chase and favourable bounce put Simmons in the clear and he touched down under the posts.

Bury’s attempts to move the ball wide as quickly as possible were now being read by the Rochdale defence and Holt was on hand to intercept a blind pass and dot down for the final score.

Once again, a really comprehensive performance. The few things to focus on would be better decision making and a bit more cohesion at scrum time. MOTM was awarded to Paddy Kershaw for some great work at the set pieces and clearing rucks.