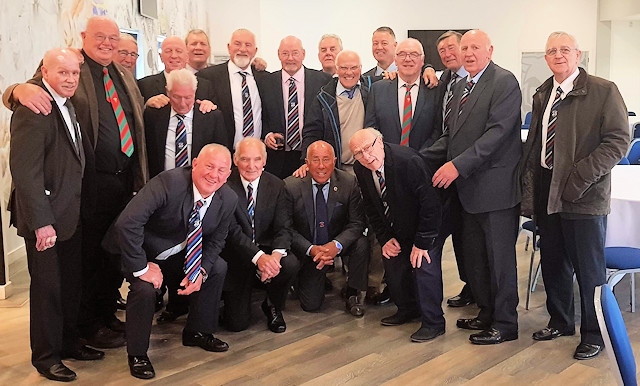 The whole afternoon was hosted by Malcolm Lord and the speaker was Adrian Morley, who spoke about his career in the UK and Australia.

Mr Pratt said: “During the course of the year Rochdale Hornets Ex-Players attend several of these dinners, this at Warrington is amongst the best.

“Adrian was superb, whilst there was an extra sting in the tale from comedian John Gillan who gave us all his rendition of Nesson Dorma which was excellent, and Rochdale’s own Malcolm Lord never fails to impress with his unique laid-back humour.”