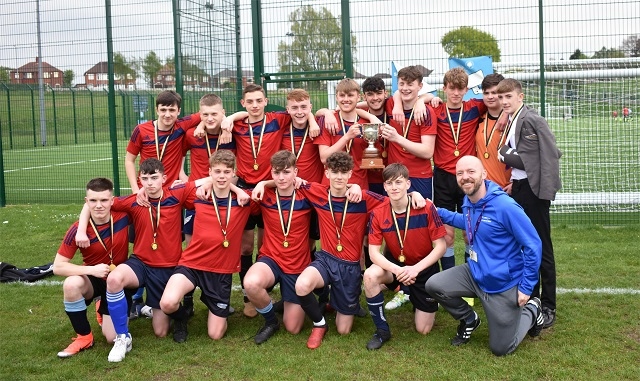 The full scores were:

Mike Rudkowskyj, Secretary of Rochdale Metro Schools FA and organiser of the Rochdale Schools Finals, said of the finals: “Hollingworth Academy and Cardinal Langley did really well to win so many of the finals, but all the Rochdale schools that took part in the entire tournament showed great quality.

“Most importantly, the schools played in the right spirit, everybody was respectful to each other, the referee and staff. The students enjoyed themselves along with their dedicated travelling support and that’s what it’s all about.

“Hopwood Hall College have been great supporters of the event once again too. Their facilities and staff have been a big help in promoting the Rochdale Schools FA’s showcase event. This year they have had a brand-new state-of-the-art AstroTurf installed which proved to be popular with the visiting students.

“We look forward to seeing Hollingworth and Cardinal Langley’s defence of their titles next year.”