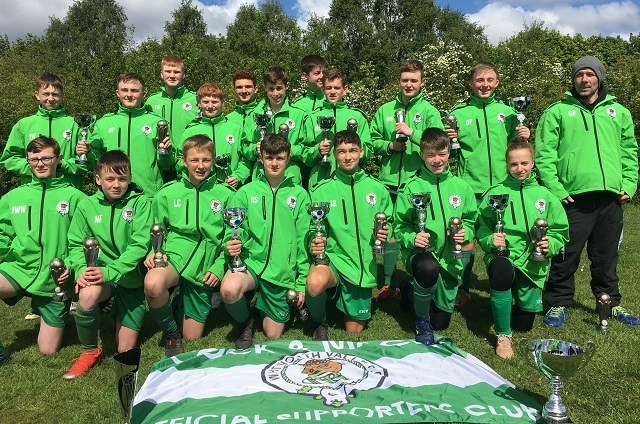 Whitworth Valley Under 15s welcomed some new faces into the squad at the start of the season and started off on a high with plenty of goals being scored during a number of games.

The team have been top of the league for most of the season and quickly became the team to beat, this together with one of their main strikers having to replace their injured goalkeeper cut down on the number of goals being scored, however, they have only lost one league game all season and finished the league as champions by five clear points.

The team then embarked on the Under 15s Division 1 Divisional Cup and went through the group stages with just one draw, they winning a close semi-final 2-1.

The final was held at Prestwich Heys FC and was a battle of the Valleys, Rossendale Valley Juniors against Whitworth Valley.

It was a close game with Whitworth scoring first and then Rossendale equalising within four minutes. Whitworth went 2-1 ahead before half time.

Rossendale came out fighting and equalised with a quality free kick to make it 2-2.

After the first five penalties it was 4-4 and then sudden death an additional 10 penalties were then taken before Whitworth Valley sealed the victory.