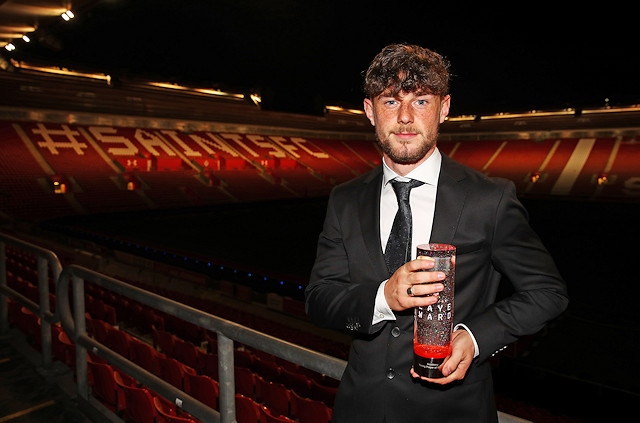 Will Ferry with his award

A footballer who grew up in Heywood has won Southampton FC’s Academy Young Player of the Year award.

Midfielder Will Ferry was awarded the accolade in a glittering ceremony at St Mary’s stadium earlier this month for his contributions at both Under 18 and Under 23 level in a season when five academy graduates earned first-team debuts.

Ferry joined Southampton in July 2017 after progressing through the ranks at Bury FC and he signed his first professional contract with Southampton in December 2017.

The youngster has made four starts for Southampton's Under 18s side this season, scoring his maiden goal in a 3-0 victory over Reading.