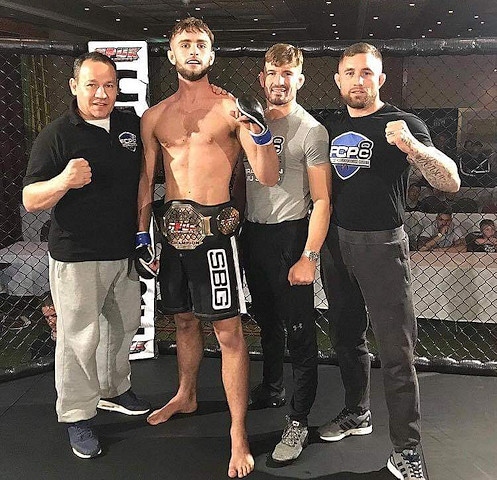 Kyran Sturrock has won a bronze medal at the Mixed Martial Arts European Championships in Rome.

Sturrock, 18, from Castleton, was selected to represent England in the middleweight category at the championships between 17 and 23 June.

Mixed Martial Arts, also known as cage-fighting, is a full-contact combat sport using techniques from a range of combat sports and martial arts.

Sturrock, who plans to pursue the sport at a professional level, has been involved in the sport for six years, training at the Full Contact Performance Centre (FCPC) on Queensway and the SBG gym in Manchester.

He was joined at the championships by fellow FCPC fighter Charlotte ‘Bomber’ Brown, who fought hard against her opponent, Viktoriya Dudakova.