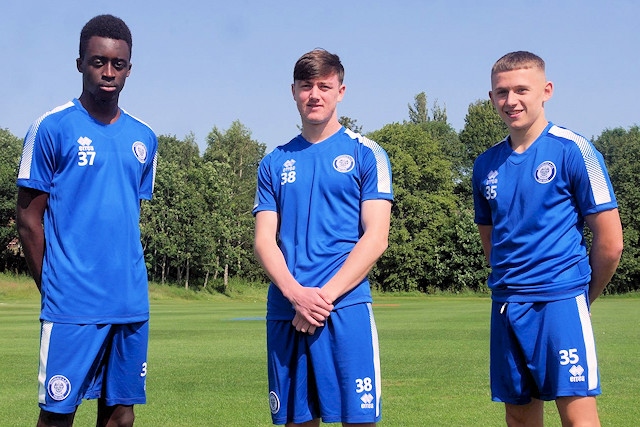 Fabio Tavares, Harrison Hopper and Lewis Bradley, who are all 18-years-old, have put pen to paper on one-year deals having graduated from the Youth Team.

During their two-year scholarships with the club, they were key members of the 2017/18 EFL North West Youth Alliance League title winning side, and reached the third round of the FA Youth Cup last season.

Striker Tavares, who is from the Kirkholt area of Rochdale, has been with the Academy since 15-years-old, scoring over 40 goals throughout his two-year scholarship.

Hopper, a midfielder who made his first-team debut in a Checkatrade Trophy tie against Leicester City early last season, joined the club as a scholar in the summer of 2017 following a success trial period.

Bradley joined the Academy aged 13, with the attacking midfielder making his first-team and EFL debut in Dale’s final game of the 2018/19 season against Charlton Athletic at The Valley.