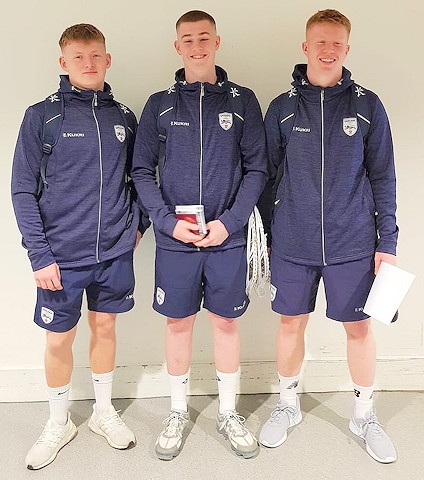 The England lacrosse team had a cracking start to the LAX U20s European Championships in Prague on Sunday (30 June) with a 15:1 win over Latvia.

Three of the team – face-off Daniel Madeley, 18, goalie Tom Teal, 17, and Alex Halliday, 17 – are homegrown members of the Rochdale Lacrosse Club, chosen to represent their country earlier this year.

In their first game of the championships, Halliday secured three of England’s goals, and assisted in two others, whilst Madeley won eight of his 10 face-offs.

The Rochdale Lacrosse Club is one of the five eldest clubs in the UK with the sport having been played locally since 1888.