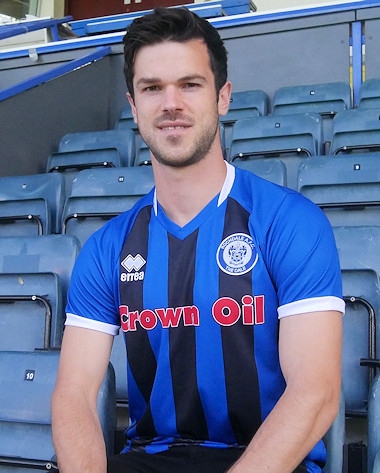 The 28-year-old initially joined Dale on a short-term contract in February of this year and went on to make eight appearances for the side during the remainder of the 2018/19 campaign.

Versatile Keohane started his senior career at Wexford Youths, before making a move to England.

He made nearly 100 appearances for Exeter City earlier in his career, and until his arrival at the Crown Oil Arena, had spent two seasons at Cork City having joined them from Sligo Rovers. He was part of the Sligo squad that won the league and cup double in 2017.

Keohane commented: “I’m delighted to get the deal done. I’m looking forward to the times ahead and hopefully they can be successful ones.

“There’s a great feeling around.

“Brian [Barry-Murphy] and Lee [Riley] have put across their points of how they want us to play and that’s exciting. They’ve got a lot of fresh ideas and the way we’re going to try and play is exciting. It’s something I’m really looking forward to.”