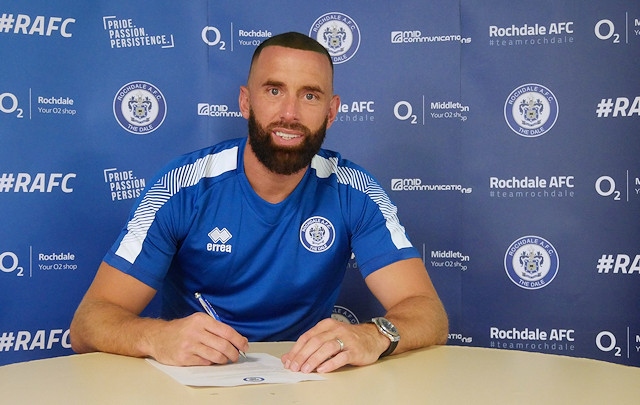 The experienced forward’s new deal will see him remain at the Crown Oil Arena until the summer of 2020.

Having joined the club last June, he was instrumental in Dale’s form at the end of the season, helping the side to avoid relegation from Sky Bet League One.

The 39-year-old also bagged Rochdale’s 2018/19 goal of the season award for his stunning strike against Portsmouth last September.

He has clocked up over 570 career appearances, playing and scoring in all four EFL divisions over a 20-year period.

“We’ve got a great set of lads here and everyone wants to keep that momentum going.

“I never wanted to go anywhere else and I couldn’t wait to re-sign.”