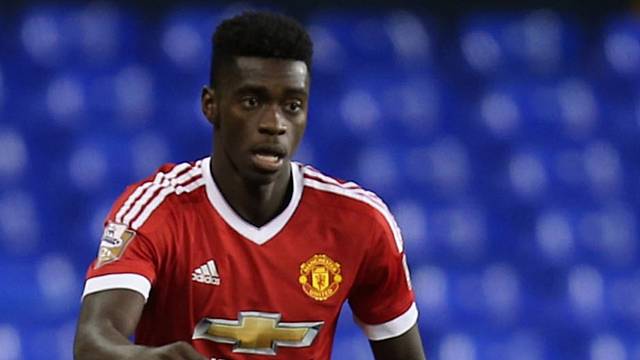 Axel Tuanzebe has signed a new contract with Man Utd

Local footballer Axel Tuanzebe has signed a new contract with Manchester United after a year on loan at Aston Villa.

Tuanzebe, 21, has signed a new contract which will keep him at the club until June 2022, with the option to extend for a further year.

He said: “I have grown up at Manchester United and it has always been a big part of my life and my family’s life. I appreciate the trust that the club has in me and I want to repay that with my performances on the pitch.

“I know I have a lot of hard work and learning ahead of me but the experience I gained throughout last season puts me in good stead for the future ahead. I am determined to give everything and show everyone the player that I can be. I can’t wait for the tour to get started and to see what the upcoming season brings.

Man Utd. manager, Ole Gunnar Solskjær said: “Axel is a great example of the type of player that has come through the Manchester United system. He is humble, hard-working, talented and a team player.

“He had a successful time on loan with Aston Villa and has gained a lot from that spell which ended in promotion to the Premier League. He will come on the pre-season tour with us which will help his development further.”

Tuanzebe made his FA Cup debut during Manchester United’s victory against Wigan at Old Trafford in 2017, replacing Tim Fosu-Mensah with 23 minutes left of the match.

Tuanzebe was born in the Democratic Republic of Congo, was raised in Rochdale and attended St Cuthbert's RC High School. He was signed by Manchester United when he was just 11-years-old.