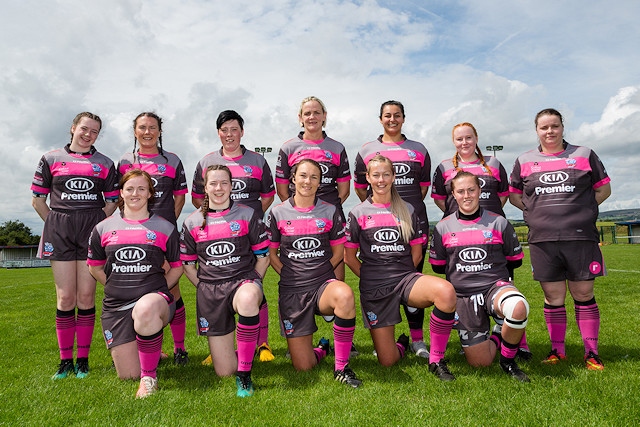 Despite a battling performance, Rochdale Hornets Women were beaten by Wigan St Patricks on Sunday (21 July) at Rochdale Mayfield ARLFC.

Sunday’s game was Hornets’ first in seven weeks and, while their time off showed in the end, they can be proud of their commitment and effort. The girls were lacking match sharpness, but knuckled down and played some good rugby, staying in the game until Pats ran in tries late on.

A fast start from Pats saw them score twice, before Hornets got on the board. Pats added another to make the score 6-16 at the break, before running away in the second half as injuries and lack of match fitness took their toll.

A few players stood out for Rochdale Hornets: Nicola Parr was named as player of the match by the opposition, while Becky Roberts, Carla Taylor and Niamh Mullins also performed well.

Head Coach David Chrimes was pleased with his team’s performance and said, for him, it was the girls’ best performance this season.

The former Rochdale Mayfield player said: “The long spell off from playing has set them back somewhat, but they fought to the end today.

“The girls got stuck into the tackling, the offensive and defensive plays were great to watch and everyone was fully committed.”