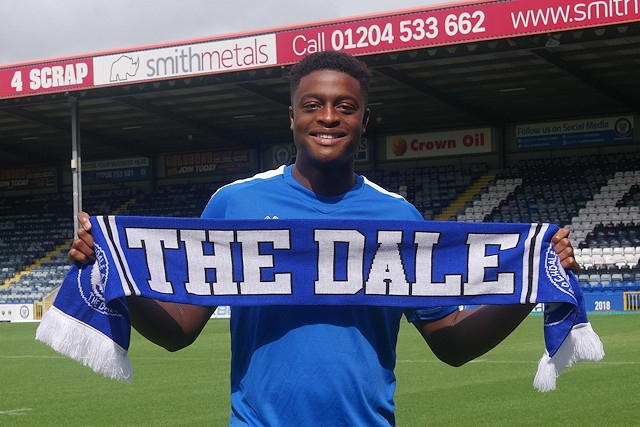 Defender Tyler Magloire, 20 has joined Dale on a season-long from Championship side Blackburn Rovers.

Magloire has been at Rovers since the age of nine, where he has progressed through the Academy ranks. He signed his first professional contract with the Ewood Park side in the summer of 2017 and has continued to impress, earning a new long-term deal with the club until the summer of 2022.

Not only has he captained Rovers’ Under-23 side, he has also made two first team appearances, with his debut coming in a 3-0 win over Wigan Athletic last season.

Speaking after putting pen to paper, he commented: “When I heard of the interest from Rochdale, coming here was definitely top of my list of where I wanted to go. After speaking to the manager, I personally felt it was the best decision for me as it seemed like the best fit.

“I have been at Blackburn Rovers since I was nine, so I’m stepping out of my comfort zone coming here, which is a good thing. It’ll be a new challenge for me but I’m ready to step up to that challenge. I can’t wait to get started.”