You are Here: Home » News » Sport News » Cricket: 12 points for Middleton in top of the table clash with Colne

Cricket: 12 points for Middleton in top of the table clash with Colne 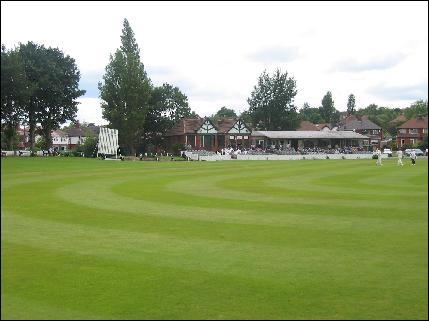 On a blistering hot day on Saturday 25 August at Towncroft, Middleton's professional Chris Williams batted all through the innings for a superb 98 not out.

It was a result needed after the disappointing display the previous day at Enfield.

Williams and regular partner Leighton Le Carpentier opened the batting and had taken the score to 25 when David Wallbank had Le Carpentier lbw for four runs and five runs later James Tierney was out, stumped by Sam Tillotson again off Wallbank for one.

Grant Jones joined Williams and together they steadily built a partnership of 77 to bring Middleton back in the game before Jones was bowled by Ken Rhodes for 42 off 78 balls. Rhys Tierney helped to take the score to 136 before being caught by Andy Proffer off John Lambert for 11.

Williams and Martin Roberts took the score to 157 when Roberts (6) was caught behind by Tillotson off Andy Hakin.

Tom Rutter tried to give Williams has much of the strike as possible in the hope the professional could reach his hundred in a stand of 25 but it was not to be as Williams finished just short on 98 in a magnificent knock for his team and Rutter finished unbeaten on seven. Middleton finished on 182 and it was a total that they could defend.

Kenton Rhodes and Proctor opened the innings and Rhodes set about the task to such effect he had scored 23 of the 24 runs on the board when Williams struck having him caught by Rutter. David Spokes joined Procter and they took the score to 39 when in first over skipper Dale Highton replacing Williams bowled Procter for 10.

Colne's South African professional James Price who has signed as Middleton's professional for the 2020 season was next in. This was a big wicket to get and faced just 16 balls before being caught out by Rhys Tierney off Rutter for four runs with the score at 48.

48-3 soon became 55-6 as Highton and Rutter ran through the middle order to put Middleton in sight of victory but credit to the Colne lads as they proceeded to hit out.

Hakin hit 27 off 27 balls before being out to a superb catch by Dempster off Rutter to help Colne claim a batting point as they were all out for 139.

Highton had 39-4 and Rutter 37-3 but the standout performance was that of Williams.

Colne are already promoted, and Middleton need another 12 points with to two games to play to join them in the top division.