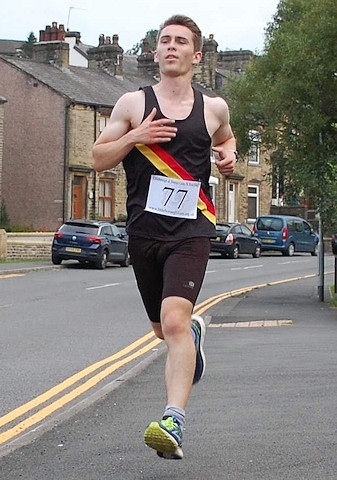 Rochdale Harrier, Phillip Hinchcliffe won the Littleborough Lions 5K in a time of 17:45 on Tuesday (27 August).

The race saw nearly half the 77-strong field represented by Calderdale’s Sowerby Bridge Snails running club, forming a round of the club’s annual championship series.

Hinchcliffe was 16 seconds in front of Horwich Runners’ Glyn Kay, who also took the first male veteran position, with the Snails’ Sean Suttle third in a time of 18:09.

Rossendale Harriers’ Emma Richardson was the first senior female to finish in a time of 20:49 and the first female veteran was Wilmslow’s Amanda Bradburn in a time of 22:54.

Other local finishers in the top 10 were Ian Douglas (Rochdale Harriers) in sixth, with a time of 19:12, and Jenny Grindrod (Rochdale Triathlon Club) in a time of 26:08.

Refreshments were provided after the warm race in the Conservative Club.