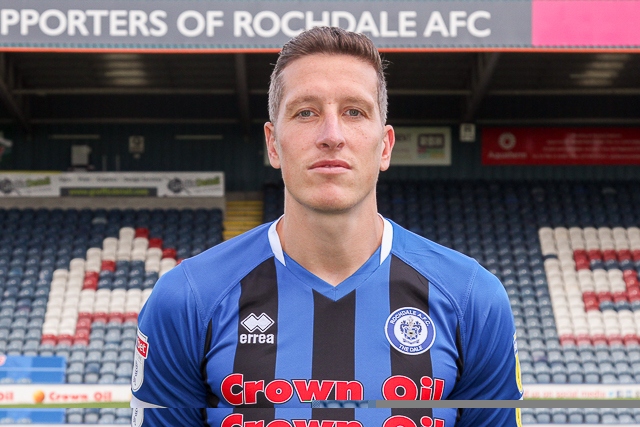 Jim McNulty has extended his stay at Rochdale AFC keeping him contract until the summer of 2021.

The defender joined Dale in the summer of 2015 and has been a mainstay in the side since then, notching up over 180 appearances during his time at the Crown Oil Arena.

McNulty’s contract was due to expire at the end of the season.

Manager Briwn Barry-Murphy said: “It’s a crucial bit of business in terms of what we’re trying to do. His value to the club both on and off the pitch has been well spoken about and is very much justified.

“He’s an extraordinary guy and someone who all the players look up to, myself included. He’s a huge part of what we’ve done in the past and what we hope to do in the future.

“His performances on the pitch have been incredible and he has led by example in every way that we play the game. He’s hugely important to the group, not just as a leader, but as a player.”

After putting pen to paper, McNulty said: “It was great to news to me that the club wanted to re-engage and extend my contract beyond the current year. It was something that I had also been thinking about, so I was very happy that contact was made and it was very straight forward from that point onwards.

“I never had aspirations to go to any other club. I’m very happy and very settled here, and I have a good relationship with the manager, players and fans alike, so it has become a home for me here, and truthfully, I’m very, very happy.

“Everything about the new contract feels good. I’ve played a lot of games in the seasons I’ve been at the club, so I’ve always felt a huge part of what’s going on. We’ve started another journey this season and I’m enjoying the new relationships that I’ve got with the manager and the players.”