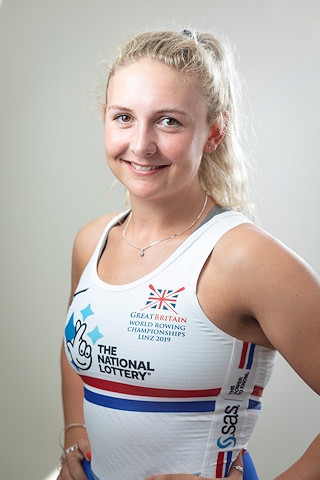 Jessica Leyden, a former member of Hollingworth Lake Rowing Club, has helped the women’s Team GB secure a spot in the upcoming Tokyo 2020 Olympics after a brilliant performance at the World Rowing Championships.

There was elation for Jess, 24, Melissa Wilson, Mathilda Hodgkins Byrne, Charlotte Hodgkins Byrne and their coach Jane Hall as they booked Great Britain a women’s quadruple sculls spot at the Olympics for the first time since 2012.

In an intensely close repechage, the crew battled it out with Poland and the USA for the two available semi-final spots, crossing the line just 0.18 seconds ahead of the USA crew to take second place.

Jess, who learned to row on Hollingworth Lake, is one of the country's most promising rowers having won World Championship gold at both junior and U23 level.

She was the first ever GB rower to win an international women’s single scull title, and won bronze in a women’s quad crew at the opening World Cup of the 2017 season, following it up with bronze at the European Championships.

Injury disrupted her mid-season, but Jess, of Todmorden, returned to action in spectacular fashion by winning a remarkable bronze at the World Championships in Sarasota-Bradenton.

Jess now rows with Leander Club, one of the oldest rowing clubs in the world and the most successful Olympic sports club in the world, based in Berkshire.