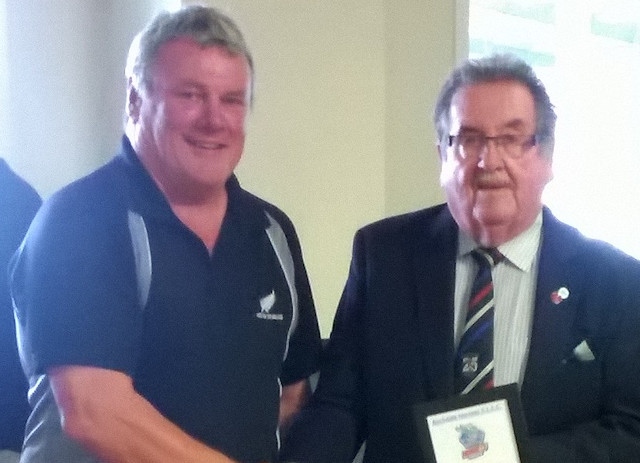 Rochdale Hornets ex-players were again out in force to support the current team on Sunday 8 September, when Hornets took on Bradford Bulls in the last league match of the season.

In what has been a poor season for Hornets on the pitch with the team being relegated, it was refreshing to see so many former players supporting the club during these difficult times.

The Rochdale Hornets Ex-players Association is now in its 28th year, and the new board of directors, who are hoping to help move the club forward and out of this current situation, welcomed the support once again from the ex-players who attended the game.

The event for the ex-players on Sunday, which was sponsored personally by Tony Pratt and his wife, Phyl, was also open to the current Hornets supporters to visit the players and reminisce about some of the great moments in the history of Rochdale Hornets.

There were some very interesting conversations from the ex-players: as their saying goes – “The older we get, the better we were!”

In addition to this, two ex-players, Mike Nolan and John Butler, were also invited up to be presented with their Rochdale Hornets Heritage Numbers along with a special commemorative tie from the ex-players 25th anniversary dinner, in front of Rochdale and Bradford supporters after the game in the supporters lounge.

The Man of the Match award was chosen by Frank Hope and presented by Mick Henighan.

The match was unfortunately an end of season beating for Rochdale Hornets by a very disappointing score line of 0-82, but credit to the supporters and the sponsors.

Everybody got behind the current Hornets squad who have struggled all season. It is now time to reflect on this season and what can be achieved next season with the help and support of the loyal fans, ex-players and sponsors of Rochdale Hornets.

The end of season dinner is on 27 September at Rochdale Cricket Club and tickets can be ordered by ringing the club or contacting Chairman Peter Rush on 07802 984 571.