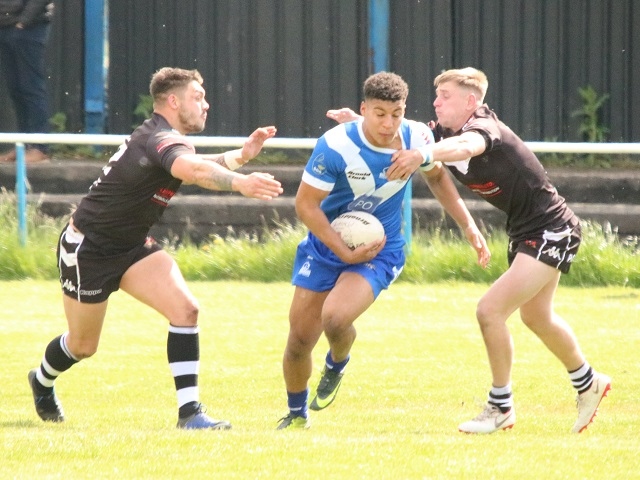 Mayfield will host Thornhill Trojans in the final game of the season on Saturday (14 September), when they could still go down, but would have to lose by 139 points.

What coaching duo Sam Butterworth and Steve Wood have achieved this season is described as ‘fantastic’, even after losing coach Matt Calland pre-season to Rochdale Hornets, then nine players in rapid succession to professional clubs.

It was a given among the rugby community that they would finish bottom of the league, and there were one or two at the club who didn't hold much hope for survival in this - the toughest amateur league in the country. Butterworth and Wood however had other ideas and never entertained the thought. Between them they have turned Mayfield around and brought the best out of the players.

Butterworth and Wood still have Saturday's game to orchestrate and both coaches and players alike are relishing the chance to run out and show what they are capable of.

Last week’s performance against Hunslet was brilliant and just shows what they are capable of. The coaches will be trying to ensure that Saturday's performance is every bit as good; there can be no letting up, there will be no sitting back, and thinking the job is done. Mayfield will go into the game aiming to win and aiming to improve on last week.

Thornhill are already relegated to the first division following last week’s results and they will want to show Mayfield that despite that, they can still compete at this level.

The last time these teams met was back in early June when Thornhill inflicted a massive defeat on Mayfield 52 - 0. Butterworths boys will be looking for retribution and are all geared up for a proper game of rugby league.

Butterworth is hoping for a bumper crowd and a real party atmosphere, there will be a get together in the bar after the game for everybody with offers on drinks and food, so everyone is invited on Saturday to celebrate.