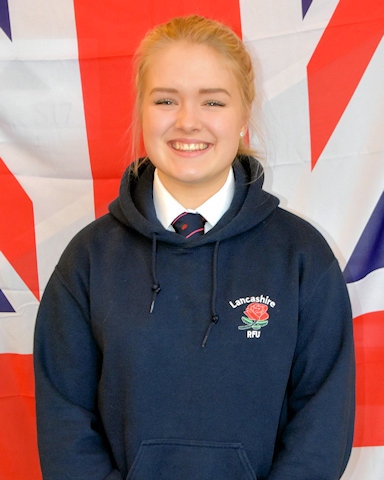 Rugby Union player Serena Cape, from Bamford, is back at the England Centre of Excellence after securing her place for a further year.

The 16-year-old A-level student at Haslingden Sixth Form Centre has been in the England Development Squad since October 2018, but has to attend a trial each year to retain her place.

She is on the Elite Performance Pathway and her hopes of gaining a place in the England team could now be a step closer.

She said: “I went for trials at the Platt Lane Sports Complex in Manchester. The Rugby Football Union have made sure Centres for Excellence can have only so many places and so about 70 of us were competing for 35 places.

“There were four trials and it was like a training session but you were being watched all the time.

“On the programme, you learn skills that you can bring back to your club or at county level. I am looking to hopefully progress to playing for England U18s or U20s.”

Serena currently plays for West Park, St Helens, which she said was one of the best teams for girls and she is in the U18s team.

She trains every Wednesday with games on a Sunday and attends the Centre of Excellence every three weeks.

As part of her Duke of Edinburgh Award, she is also a volunteer coach at Haslingden High School to help the school’s rugby training club for younger students.

She said: “It is nice to help others to progress in the sport; some have played rugby before for Rochdale or Rossendale while some are completely new. For me it is interesting working with them both.”

In January she was also picked to play for the Lancashire U18 team.

Serena added: “I want to keep on playing, keep on representing my county and keep on attending the Centre of Excellence and then see where it goes.”