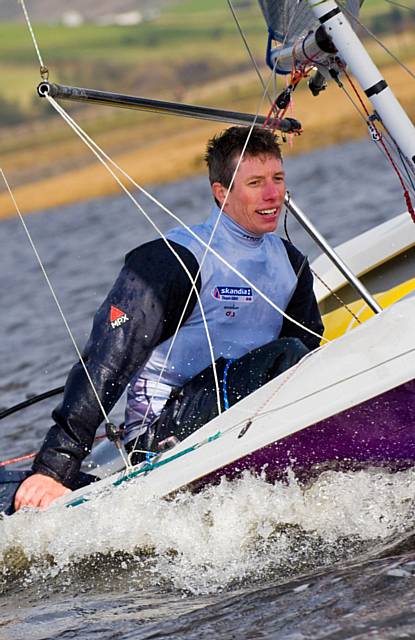 Elite sailor Stuart Bithell is one of the first 12 sailors to be selected for Team GB by the British Olympic Association (BOA) for the Olympics next year in Japan.

Bithell, of Rochdale, who previously won a silver medal in the 470 at London 2012 with Luke Patience, will fly the flag for Britain at Tokyo 2020 in the 49er class with Rio Olympian Dylan Fletcher.

Up until late 2016, Fletcher and Bithell were rivals on the water. Four years earlier, Bithell won silver at London 2012, but by 2015 he was fighting Fletcher for a place at Rio 2016 in the 49er class.

It was a battle Fletcher and his then-crew Alain Sign won; Bithell was forced to accept defeat and watch the Games, at which Fletcher finished sixth, from the comfort of home.

Back on the waters of Weymouth, the pair were racing one another in foiling Moth dinghies when they had a lightbulb moment: why not team up for a tilt at Tokyo 2020?

Within a year Fletcher and Bithell had become a force to be reckoned with, announcing their arrival on the circuit in 2017 with stunning wins in the 49er European and world championships.

Britain has a rich history of excellence in Olympic competition, having won 58 medals – including 28 golds – since sailing made its debut at Paris 1900.  Team GB currently tops the overall Olympic sailing medal table.