You are Here: Home » News » Sport News » Peter Rush and Ray Dutton step down from Rochdale Hornets board

Peter Rush and Ray Dutton step down from Rochdale Hornets board 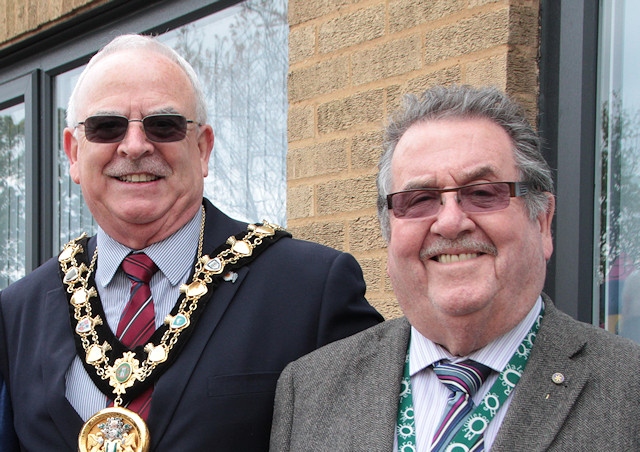 Councillors Peter Rush and Ray Dutton have resigned respectively as chairman and director from the board of Rochdale Hornets, it has been confirmed on Wednesday (2 October).

Peter Rush has been chairman for over two years but his association with Hornets covers over six decades, starting with his days as a player. He also served as chairman in the 1990s, helping to run an A team and academy, and has raised several thousands of pounds for Hornets as well as establishing strong links with local authorities, and another of his former clubs, Rochdale Mayfield.

Councillor Rush was also a founder member of Spotland Rangers in the early 1950s and has been involved in rugby for much of his life he has introduced many of his ex-playing colleagues to Rochdale Hornets helping to build the membership.

Councillor Dutton has been a director at Hornets for just under two years and a familiar face around the club after being at the front of house on home match days.

Speaking to Rochdale Online, Councillor Dutton said: “I would like to thank retiring chairman Peter Rush who invited me onto the board two years ago to assist with the running of the club, which I have also invested in.

“Unfortunately, a situation arose with a small band of supporters, who didn’t feel we were fit to continue, stemming from in-house reasons following our AGM, which I will not divulge.

“With this in mind, I have made the decision to step down. I would like to say I did nothing wrong and any action I took was for the betterment of the club.

“It saddens me to leave the club in such a way, especially with the problems the club is facing going into the next season. I wish the club well in the future.”

Councillor Rush said: "I feel that since our benefactor Paul Ormerod left the Board in April this year, the club lost his guidance and some of the long standing members came back into the fore.

"Over two years ago Paul co-opted me as the chairman of the Rochdale Hornets Board. The board consisted of two elected members. Since then, with sleeves rolled up, I have managed to co-opt on Ray Dutton, as the front of house director and then we managed to bring in a number of smart volunteers to assist in front of house.

"I feel that my approach to running the board was not looked on favourably by a minority.

"My association with Hornets covers over six decades, starting with my days as a player. I also served as chairman in the 1990s, helping to run an A team and Academy and I have raised several thousand pounds for Hornets as well as establishing strong links with local authorities. Another of my former clubs was Rochdale Mayfield. I was also a founder member of Spotland Rangers in the early 1950’s and have been involved in rugby for much of my life. I have introduced many of my ex-playing colleagues to Rochdale Hornets helping to build the membership by 30%.

"I feel that the new board need a fresh focus in attracting innovative investments from more members to take the club forward.

"I feel now that my time as chairman/board member has reached a pinnacle and I can no longer give my all to the club therefore I did sadly tender my resignation at the beginning of this week.

"I wish the club every success in the future."

A statement from the remaining four members of the board of directors reads: “We are sad to see Peter and Ray step down, they have both had the respect, support and confidence of this board during their time at the club.

“Both have made significant contributions to Rochdale Hornets including securing support from the local authorities that they both have strong connections with. Peter’s association with the club spans several decades, moving from the field to the board room. We wish both of them every success and hope to see them regularly at matches in the future.

“They have stepped aside to allow the board to find a new focus and attract new investment to take the club forward in the future. The board will meet this week to discuss options to strengthen its skills set moving forward.”