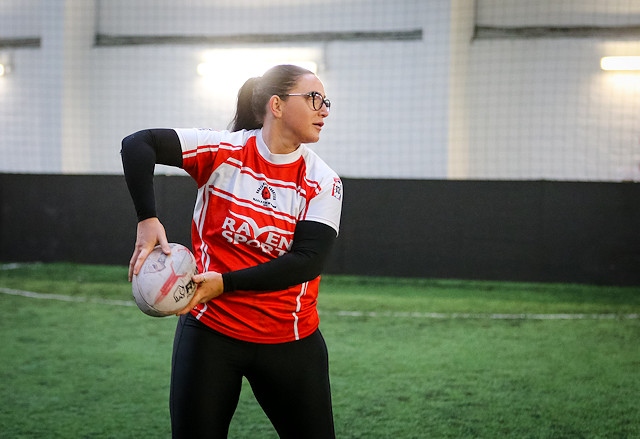 A teaching assistant at Redwood Secondary School, Stephens, of Middleton, is one of 24 selected players of over 100 who trialled for the side.

Julie Durrant, of the Rochdale Hornets Sporting Foundation, said: “We are delighted for Katie; this is well deserved.”

Stephens, who is also registered to Wigan Warriors, will take part in the upcoming fixtures on 20 October at Wigan St Judes against the Armed Forces Women before playing against Neath in Wales on 26 October.

Stephens will train with Wigan over the winter.

Teachers Rugby League started as a chance conversation between three PE teachers at a Rugby League festival in St Helens. The initial aim was to take part in one friendly against the British Asian Rugby Association.

Due to the unprecedented success and exponential popularity of that game, the concept has since grown, with the team entering the 2011 Steeden Cup and forming a women’s team in 2012 and now competing in the RFL Associations Cup each year.