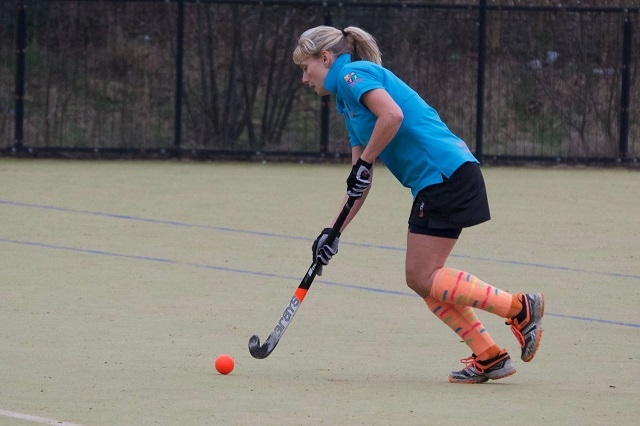 Rochdale Ladies were keen to continue their winning streak and this weeks game saw them travel away to Stockport Bramhall. With Rochdale’s keeper Sam Partington doing the team proud taking part in the Rochdale Half Marathon, Kate Brammer stepped forward to stand in for her.

From the off Rochdale took charge and wasn’t long before Jenny Banks received the ball from Roisin Pickering. Banks was one on one with the keeper and slotted it home.

The first half saw great attacking play from the Rochdale Ladies with Paula McDonald and Gemma Hodcroft working tirelessly in the midfield and it wasn’t long before Banks found herself shooting on goal with and with a save made by the Stockport keeper, Katie Burrell was in great position for a tap in on the back post. The third goal was a carbon copy with Burrell getting her second goal of the game.

Stockport started the stronger in the second half but were no match for the defence made up of Gill Owen, Nikki Mongan, Dionne Collinson, Becki Moon and Kie Leech.

Goal number four saw McDonald get on the score sheet after a short corner strike from Banks parried into her path and she calmly pushed it past the keeper.

Captain Pickering wanted more goals though and she wasn’t disappointed.

Stockport found themselves attacking on numerous occasions but, as per usual, Rochdale’s fantastic defence stayed strong.

Rochdale were definitely hungry for more goals and it wasn’t long before they found themselves on the scoresheet again. Banks picked the ball up and dribbled it past three defenders, took a shot on goal and scored.

Pickering, Hodcroft and defender Moon worked hard on working the ball up the pitch to the attackers. Burrell and Banks worked the ball between themselves and took a shot at goal. The keeper outstretched and saved the first shot but once again McDonald was there to push the rebound over the line.

Stockport’s defenders were becoming a bit fraught now and tempers were showing as their left back was awarded a green card for arguing with the umpire. Rochdale knew this was their chance to attack again. Pickering ran the ball down the wing and crossed the ball into the area. Stood at the back post was Sarah Ransome who calmly slotted the ball home, this was a well-deserved goal that seemed to take Ransome by surprise.

Stockport decided to try one more attack against Rochdale’s defence and although they had worked brilliantly all game Stockport managed to squeeze the ball home and spoil the chance of a clean sheet for the defence.

Rochdale had one more chance to attack before the end of the game and this saw Banks get her second hat trick of the season.  Becca Newton expertly took the ball past three Stockport players and calmly set the ball through to the on-rushing Banks who smashed the ball into the back of the net.

Player of the match was Jenny Banks.

Roisin Pickering was named as the umpires player of the match.