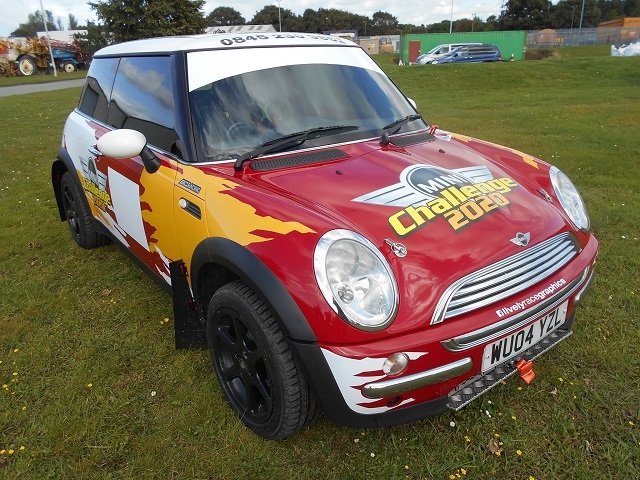 Toyo Tyres British Rallycross contender Steve Brown will return to the stage next weekend as he contests the Hemicuda Rally, 19/20 October, in Belgium, behind the wheel of a Rally Me BMW MINI.

The Rochdale driver had turned his attentions to the BMW MINI Rallycross championship which runs alongside the British series in 2019 and has returned an impressive rookie season, currently lying third overall in the championship with two rounds remaining.

However, when the chance to compete in the popular Belgian stage rally presented itself, Brown jumped at the opportunity.

“I've been really enjoying the Rallycross this season and I'm pleased with how I’ve been driving,” said Brown.

“But I'm a rally man at heart and I have been missing getting out on the stages, especially when the Nissan Micra Kit Car is parked up at the garage at home. But I didn’t have the budget to be able to compete in both disciplines this year. Then, I caught up with Rally Me’s John Goff and all that changed in an instant.”

Goff has been working on a brand-new rally championship for 2020, providing a cost-effective launch pad for aspiring rally drivers, enabling them to have an opportunity to compete in quality events with minimal cost and a level playing field. The Mini Challenge will be based around the BMW MINI, similar to that of Brown’s rallycross campaign, so was the first port of call for Goff to test the car.

“John and I bumped into each other at Wales Rally GB and got chatting about the potential of the MINI in stage rallying as there really isn’t that many about at the moment,” continued Brown.

“But they are a great little car and really driveable, the perfect choice for fun and cost-effective rallying so it was no surprise than John had built one. We pretty much made a plan there and then and didn’t waste too much time, I tested it briefly on Sunday. We managed to do a deal for me to shake the car down ahead of next season and before I knew it, I’d placed an entry to Hemicuda, was making arrangements and booking ferries.”

“It's really exciting to be honest. I’ve missed the Belgian stages and the people over there so to be heading back again with such a great opportunity is a real honour for me to be honest. I hope I`ll be able to do the car justice and give John [Goff] the feedback he needs to create a brilliant championship next season.

“We are really pleased to have Steve in the car,” said Goff.

“I knew he wanted to return to the stages, and this just seemed like the perfect opportunity. It helps Steve get back out again and helps us with the development of the car. It’s a win-win.”