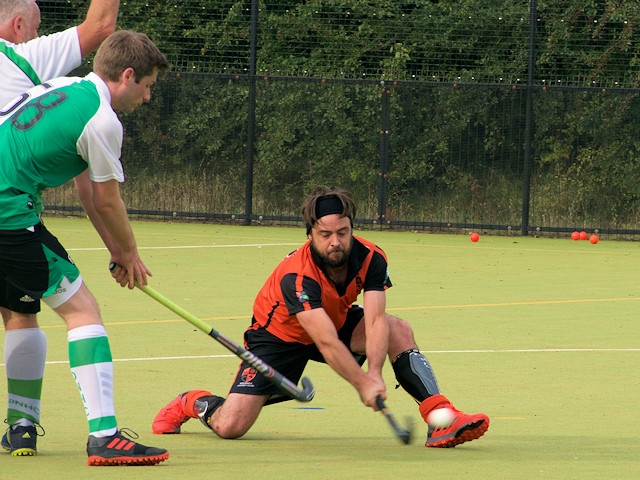 Rochdale Men's Seconds went into their home game against Didsbury Northern Sixes on Saturday 12 October with back to back wins and were looking to extend the run.

Didsbury had not traveled to Oulder Hill just to take part though, and for the first 10 minutes kept Rochdale under sustained pressure. A huge factor in the excellent start to the season has been the strength in depth captain Tim Liptrott has had to call on and Saturday was no exception with a 15 man squad. The constant rotation of players and fresh legs, meant Rochdale rode out the storm and began to take control of the game.

Chances came for Rochdale and on any other day Sean Carney would have broken the deadlock from a series of short corners, but for an inspired Didsbury keeper.

Half time came and the 0-0 scoreline was a fair reflection of the first 35 minutes play. At half time coach Aasim Chaudhry made a tactical change, switching Bjorne Brauns and Manny Ahmed from midfield with Dean Close and Sean Carney up front for the first 10 minutes.

The second half started very much like the first had finished but now Brauns and Ahmed were causing the Didsbury defence a number of issues. Just as they were getting to grips with the new formation coach Chaudhry changed it back, the switch upset Didsbury again which allowed Adam Massey to break free in the D just as Scott Hempsall-Jones fired a trade-mark ball in. Massey got on the end of it and cooly finished giving Rochdale a hard fought lead.

Didsbury did not give up and a kept the pressure on, but Dave Marlow and Dave Jackson in the heart of the Rochdale defence kept Disbury's only meaningful attempts on goal to three second half short corners which James Deacy in the Rochdale goal comfortably dealt with.

The game finished 1-0 to Rochdale keeping them in joint second place.

The Flying Horse Man of the Match went to Dave Marlow.