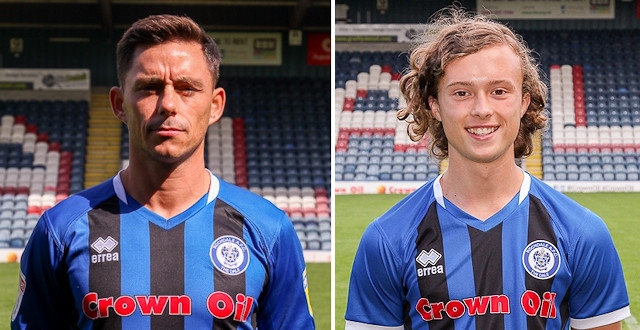 Following a public vote which ended last week, added to the judges’ scores, the pair have a chance of winning awards in the categories that they were nominated for.

Rochdale’s top goal scorer and captain Henderson, 34, has been shortlisted for League One Player of the Season against Accrington Stanley’s Sean McConville, Blackburn’s Curtis Tilt and Fleetwood’s Wes Burns.

After becoming the youngest player (at the time) to appear for Dale when he made his debut in September 2018, Matheson scored his first senior goal in a dramatic Carabao Cup round against Manchester United, just a week before his 17th birthday.

A spokesperson for the club said: “We’re delighted Ian Henderson and Luke Matheson have been shortlisted as finalists in the Ladbrokes Northwest Football Awards.