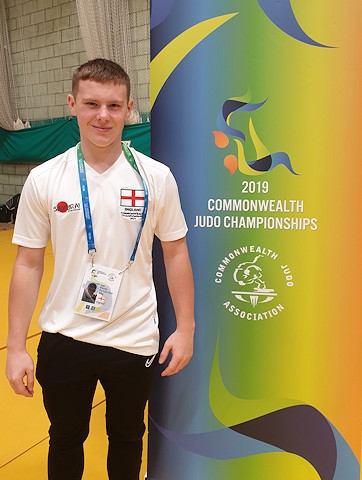 The Whitworth Community High School student was competing in his final championship in the Under 66kg Pre Cadet Boys class and faced fighters from all over the world.

He said: “I lost my first fight, won the next three and then lost the fifth. The contests last for four minutes and the competitors were really hard fighters.

“At the end of four of the fights it was a draw and so we had to play on until someone scored; three times I was the one that got the win in extra time.”

He was pleased to do so well against very tough opponents but, because of his age, Jake now has to fight in the Cadet class meaning his opponents will be more experienced than him and older.

He took up Judo after a taster session at his primary school and is a member of Rochdale Judo Club.

Jake spends most of his week training or working on fitness and visits other judo clubs to spar with different opponents so he can hone his technique.

His first competitions as a Cadet will be the Welsh Championships and the British Pre-Cadet and Cadet Championships, both in November.