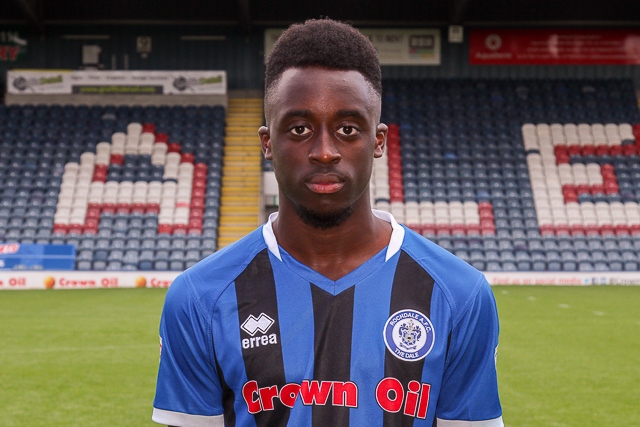 Rochdale made it back-to-back wins in the league for the first time this season after coming from behind to beat Bolton Wanderers with three second half goals. Callum Camps’ deflected effort cancelled out Thibaud Verlinden's opener before Ollie Rathbone's shot went in off the post to turn the game around. Youngster Fabio Tavares came off the bench to score his first career goal as Bolton’s winless start to the season continued.

Rochdale almost scored within the opening ten seconds when Aaron Morley attempted an audacious shot from the half way line from the kick-off. Callum Camps from the first whistle tapped the ball to Morley who on seeing Remi Matthews off his line fired at goal; the ball landing on the roof of the net.

The first half was a fairly even affair; Darryl Murphy headed straight at Lynch whilst Matty Done should have done better when instigating a Rochdale counter attack. The 31 year-old should have released Henderson but instead held onto the ball a little too long and the move ended with Norrington-Davies shooting wide.

Bolton took the lead eleven minutes into the second half with a great turn by half-time substitute Joe Dodoo to get away from Norrington-Davies. The former Leicester City graduate sent a perfect centre to Verlinden to head past Lynch.

The visitors rallied well after going behind and levelled nine minutes later. Ian Henderson’s unselfish pass to Camps saw the midfielder hit a deflected shot beyond Matthews for his third league goal of the season.

The game swung in Dale’s favour when Ollie Rathbone’s shot went in off the right hand post but not before Bolton almost scored at the other end. Dodoo jinked into the box and when he picked out Darryl Murphy, but the former Nottingham Forest man was denied by a brilliant and brave block by defender Eoghan O’Connell with the follow up shot stopped by Lynch. The goalkeeper launched a long ball out that was brilliantly flicked on by Wilbraham to Rathbone who’s run and shot nestled into the net via the woodwork.

Young striker Fabio Tavares came on with 18 minutes left and got his first ever senior goal with six minutes to go. The 17 year old’s drive forward saw his initial shot blocked before he rifled the follow up into the net to spark scenes of jubilation.

The win means Dale have beaten Bolton away from home for the first time in their history and with MK Dons up next at the Crown Oil Arena, they will head into that game full of confidence.