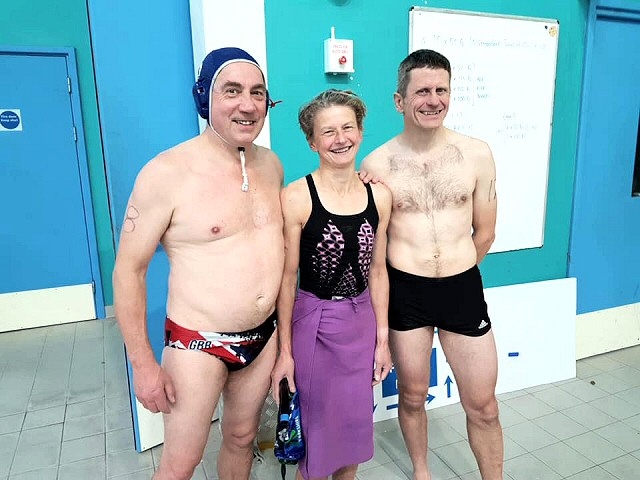 Three veterans from Rochdale Underwater Hockey Club - Mick Hyde, Helen Hyde and Pete Dukes - took part, playing on the “GB Supervets” team. This was a team of players put together from all over the country, including from Rochdale, Yorkshire, Aberdeen, Edinburgh and Devon.

The tournaments first two matches saw GB Supervets against the Centurions, which was a comfortable win and allowed the Supervets to get used to the other players and get the subbing sorted.

Then, they played the Southern team, who were last year’s winners and red hot favourites again. The final score was 4-1 against the Supervets, but the team were very close to scoring again on a number of occasions.

Next up was the Midlands; a very physical game but another good win for the Supervets who, by now, were working well as a team.

The last game in the Round Robin was against Yorkshire, who thought the GB Supervets would be a pushover, but that changed when the Vets got the first goal and the second and then a third.

Yorkshire got one goal back and then from what looked like a goal for the Vets left them celebrating, it was scooped off the edge of the tin and swum the full length of the pool for a second Yorkshire goal. It was then a desperate fight to hold on until full time and the Supervets third victory.

GB Supervets played Yorkshire in the semi-final, who had a roasting from their captain and were out for victory. The Supervets scored first, then Yorkshire, and the same in the second half, full time 2-2, but there had to be a winner. 4-aside, no subs, golden goal.

Unfortunately, that was the end of the road for GB Supervets, who had the puck very close to their goal mouth before a counter-attack from Yorkshire all the way back up the pool.

The team won a bronze medal overall, which was a lot better than they had hoped for at the beginning of the day.

Those interested in joining Rochdale Underwater Hockey Club can enquire, join or try out at Oulder Hill pool on Thursdays at 7.30pm.