You are Here: Home » News » Sport News » Marland Golf Course to stay open until at least 2021

Marland Golf Course to stay open until at least 2021 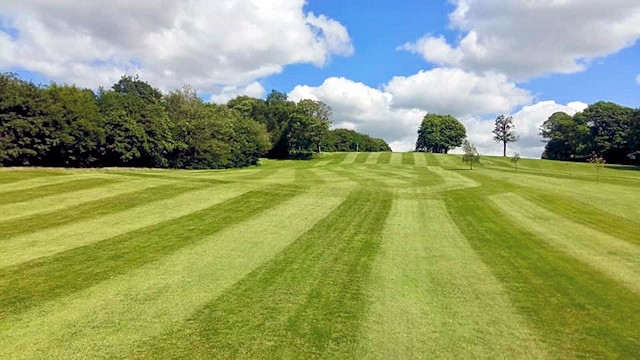 An extension has been agreed to the agreement for golf professional Andrew Terry and his business partner, Joe Jackson to run Marland Golf Course.

The much-loved 18-hole course was taken over by Andrew and Joe in April this year.

A rescue plan was put into place by the pair after a series of severe government cuts resulted in Rochdale Borough Council saying it could no longer support the facility at Springfield Park.

The council agreed to support Andrew and Joe’s takeover plan in March 2019, with the plan initially being that they ran the golf course for 12 months until April 2020.

Andrew Terry, director of golf at Marland, confirmed on Sunday 20 October that a new extension to their agreement means Marland Golf Course will now remain open until at least April 2021, and negotiations are also in place for a more long-term plan.

Mr Terry said: “The council have been keeping an eye on what we have done at the golf course since April and were really pleased with our community outreach sessions and the community’s involvement over the summer.

“Some of the sessions included ‘Get into Golf’ sessions for adult beginners, free golf taster days for children, Tri Golf sessions and autism friendly weekend sessions.

“Thank you to everyone who came and supported us.

“The golf course was almost closed six months ago, and we nearly lost the facility permanently, but the amount of people who have come forward and are using the course again is fantastic.

“We have proven that the golf course is in demand and should stay open.”

He added: “We have had three times more rain this year than any other year in the past decade, so it has been quite tough for us, but the golf course is holding up really well.

“Our next moves are to update the drainage work on the course, and we are looking at installing practice nets for golfers to warm up, as well as introducing a new junior golf academy.”

Councillor Allen Brett, leader of Rochdale Borough Council, said: “It has been great to see the progress that Andrew and Joe have made this year by making golf more accessible and open to the whole community.

"I’m pleased that we are able to offer an extension to our agreement for Marland which puts further security in place for the course and the staff who run it and I wish them all the best.”

The course is owned by Rochdale Borough Council and had been run by its leisure provider Link4Life for a number of years, before Mr Terry and Mr Jackson set up a Community Interest Company to take over its running.