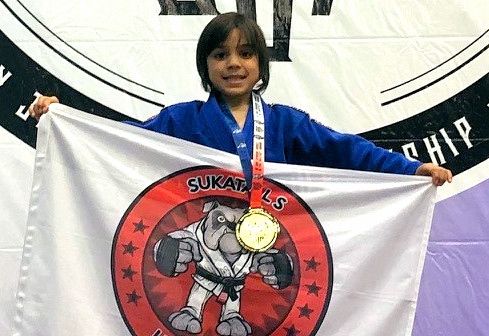 Representing Team Sukata, Collin, of Rochdale, had two fights on the day in the 25kg weight category of the Kids GI, winning the first by armbar submission.

He won the second fight with a powerful takedown that made his opponent tap out.

Collin has been training for just over a year, and has only been competing in the sport since December 2018.

He trains at Team Sukata in Warrington, alongside his older brother, Andrew, eight, who also competes in the sport.