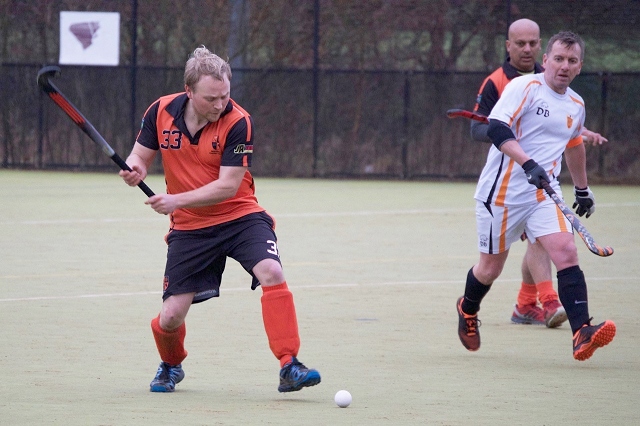 Rochdale Men’s Seconds took on Leyland and Chorley on Saturday looking to return to winning ways.

The match started at a good tempo with both teams looking to attack but not over-committing in the early phases. Rochdale kept their heads and built some strong play up with simple early pass and support play. An attack down the left resulted in a sideline, which with quick thinking was dribbled into the Leyland D by Bjorne Brauns resulting in an early penalty corner for Rochdale. A clever passing play caught the Leyland defence off guard and the ball was skilfully deflected in by captain Tim Liptrot near the back post.

Sticking to the game plan Rochdale dropped to half court press to take the sting out of Leyland's anticipated response. The Rochdale defence held firm with some excellent play and calm heads.

Rochdale managed to turn a Leyland attack into a counter down the left with an early ball to Sean Carney, allowing him to find Kane Morgan at the D top. Still with work to do, Morgan controlled it, moved it away from the defender and after making space for the shot he fired it into the bottom corner to make it 2-0 to Rochdale.

Once again dropping to half court Rochdale defended well, but conceded a series short corners, however with a combination of Leyland not being on form and strong defending, it was comfortable for goalkeeper Jimmy Deacy.

Rochdale kept at it and another goal followed from the persistent Carney with a strong assist from the continually improving Mike Bohanna to send Rochdale in 3-0 up at half time.

A good team talk from Tim Liptrot reminding Rochdale the importance of a clean sheet proved wise as the second half unfolded.

In much the same vein as the first, Leyland had to push a bit harder and started to press higher on Rochdale's 16 and began to cause a few problems. However, some clever movement by the inside forwards and decision making from veteran Dave Marlow ensured they couldn't capitalise on it.

Rochdale did create a lot of chances in the second half but didn't quite keep calm enough to convert them. It is worth mentioning however that Rochdale could have had two more on the scoresheet, were it not for Carney showing good sportsmanship and informing the umpires that the two goals Rochdale did score should be ruled out for a foot and a stick obstruction on a defender.

A couple of harsh cards did come Rochdale's way, but a change in shape allowed them to adapt and keep a clean sheet, as it finished 3-0 to Rochdale.

It was a good day as everyone worked really hard and stuck to plan. Hopefully Rochdale will make it back to back wins with next weeks' battle against league leaders West Derby.

The Flying Horse Man of the match was Graham Broadley.