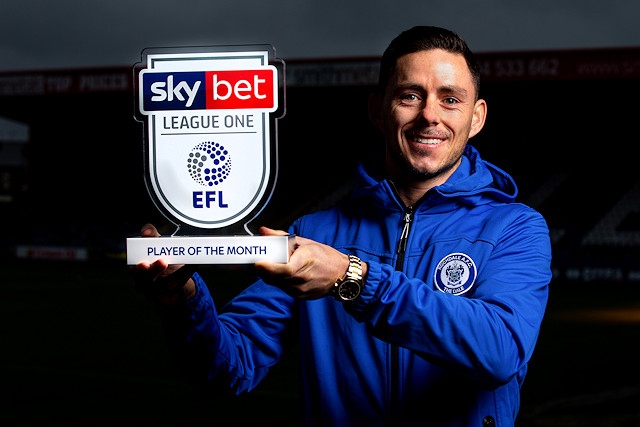 Ian Henderson with his award

Rochdale striker Ian Henderson has been named the Sky Bet League One Player of the Month for October.

Having recently scored his 100th EFL goal for Rochdale, Henderson has made a quick start on his second century. His five goals in three starts included close-range finishes, a header and an impudent lob for his second goal against Accrington.

Rochdale manager Brian Barry-Murphy said: “The award is testament to Ian that, at the age of 34, he is still improving his game and still fine-tuning his craft.

“One of the major beliefs of this group of players is that the team is much stronger than one individual and Ian has displayed that in its perfect form.

“It’s great to see someone who has put so much into the team getting the chances at the end of that, and, as we know, there is nobody better in the division at finishing those chances.” 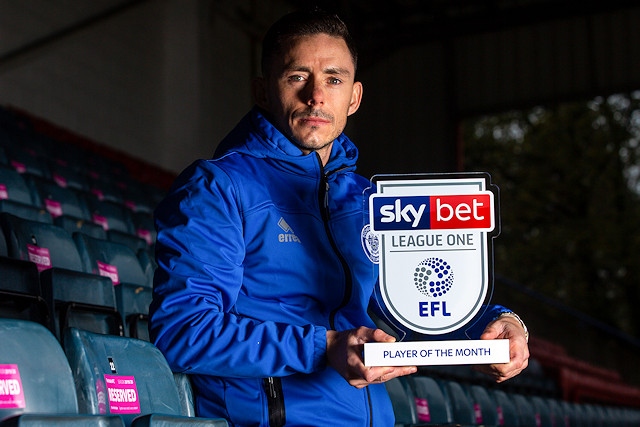 Henderson said: “It is an honour and privilege to receive this recognition and award.

“Undoubtedly this has come about from the support, hard work and performances from the team at Rochdale.

"Special thanks have to go to the players, Brian Barry-Murphy, the coaching staff and the fans. It is greatly appreciated.”

Sky Sports’ EFL pundit Don Goodman said: “One of the best finishers in the entire EFL, Henderson has been Rochdale’s top scorer in every season since 2014 and broken the 10 goal barrier in each of the last six years.

“After a nomadic career, he has found a place he’s truly loved in Rochdale and his five goals in October were a typical mix of clinical goal-getting.”