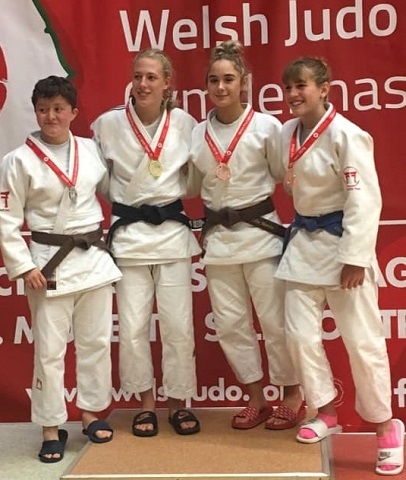 Isobel Kitchen, who trains at Rochdale Judo Club, took Gold at the Welsh Open after travelling to Japan to train with a handful of Elite Cadet Judoka as part of the GB performance programme at the end of October.

Louise Kitchen, Isobel’s mum said: “Having been back from Japan barely a week, Isobel returned to action at the Welsh Open 20 October.

“After receiving a bye in the first round she beat Isobella Cooper (Team Bath), Katherine Thomas (Pinewood), Ellie Morris (SKK) in the semi-final and Phoebe Digweed (Newbury) in the final to take gold for Rochdale Judo Club.

“This completes the set of 2019 home nations wins as she had already won the Scottish, English and Irish Opens.

“Isobel hopes to finish the year off in style by being successful at the British Championships held Sheffield in the first week of December.”