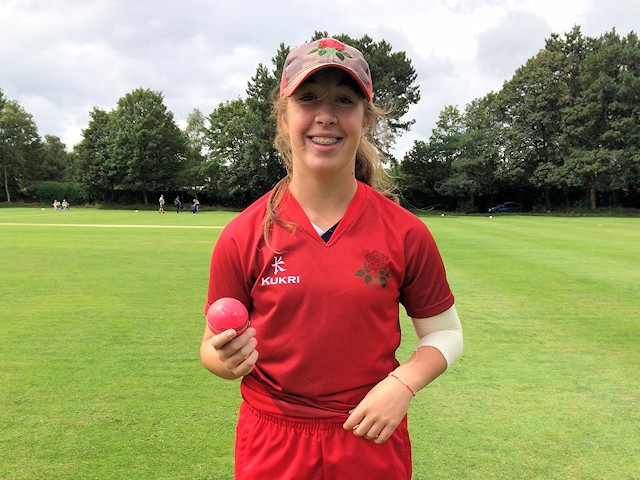 Heywood Cricket Club youth player, Olivia Thomas has been named as one of 12 players selected for the England Women's 2019/20 Academy training squad.

The training squad caters for players who are currently seen as having the potential to be part of the England Women's Academy in the future.

The England Women's Academy provides an individualised programme for players and offers support specific to their needs to maximise the chances of future transition to the senior squad.

Thomas is the only female to have taken eight wickets in a competitive game for Lancashire, after breaking a record previously held by her Heywood Cricket Club colleague Kate Cross.

The 15-year-old protégé recorded incredible figures with her leg-spin bowling while playing for the Lancashire Women’s Under-17s side against Durham on 6 August 2019.

Thomas is also a promising right-hand batter, and has played for Heywood’s second and third teams on a regular basis.