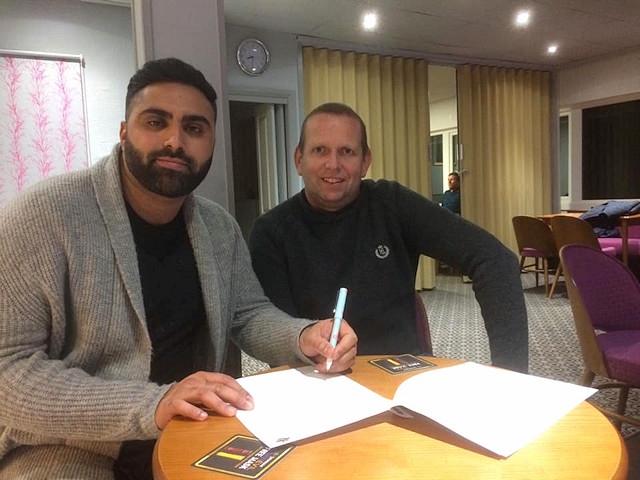 Heywood Cricket Club has signed Amar Ullah as its professional for the 2020 season.

A left-arm spin bowler and capable batsman, Ullah has played the last two seasons for St Anne’s in the Northern Premier. Last season he finished with 350 runs and 55 wickets, finishing as the fourth best performing bowler in the league behind former Lancashire spinner Simon Kerrigan.

In 2017, he played for Spring View in the Liverpool competition.

Ullah is based in Blackburn and was welcomed to the club this November by captain Sean Burrill, and cricket chairman Roger Smethurst.

Smethurst was pleased with the signing ahead of an important season at Crimble.

He said: “Following the disappointing end to 2019, we are keen to return to Premiership Division 2 at the earliest possible opportunity. We realised that with Jack Morley and Faisal Iqbal not being around next year that it was important to bring a bowler in who is capable of winning matches and bowling teams out.

“Amar fits that criteria and is an experienced league pro, who bowls left-arm spin and is a very capable middle order batsman.

“We are very hopeful that he can help the team and in all the conversations we had with him he can’t wait to join us and get us back to a higher level.”